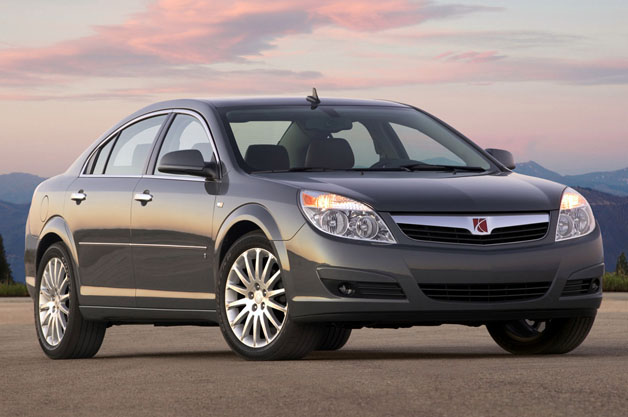 General Motors this morning announced five new recalls totaling 2.7 million vehicles. This brings the total number of vehicles recalled by GM in 2014 past the astounding total of 10 million.

The largest of the five recalls is for 2.4 million 2004-2012 Chevy Malibu, 2004-2007 Malibu Maxx, 2005-2010 Pontiac G6 and 2007-2010 Saturn Aura models. These models have potential issues with the brake lamp wiring harness, where corrosion can lead to failure to illuminate and a failure of cruise control, traction control, electronic stability control, and panic braking assist.

103,158 C6 Corvettes are also being recalled for a potential loss of low-beam headlamps. 140,067 Chevrolet Malibus from the 2014 model year equipped with 2.5-liter engines and the auto stop/start option are being recalled for potential hydraulic brake booster malfunctions. The loss of brake vacuum assist can disable the hydraulic boost assist and lead to a longer stopping distance and more effort required in braking.

19,225 Cadillac CTS models from 2013-2014 are also being recalled for failure of the windshield wipers. Finally, 477 Chevy Silverados and GMC Sierras from 2014 and 2015 Chevy Tahoes are being recalled for improperly-tightened tie rods, which could easily separate from the steering rack and increase the risk of crash. These recalls seem to be beginning effective immediately, and the NHTSA has begun posting information at www.safercar.gov.

According to GM’s press release, the recall for the 2.4 million vehicles is a problem for which they’ve received “several hundred complaints,” resulting in at least 13 crashes and two injuries. No fatalities have been recorded as of yet.

Perhaps the most damning bit of information: GM first began investigating the lamp wiring harness issue back in 2008 and conducted a safety campaign back in January 2009. While the other recalls seem to be a bit more clean-up work than anything else, the suggestion that GM knew about and subsequently did nothing to fix another massive problem doesn’t bode well for a company already struggling to convince the public that it acted in its best interests during the ignition switch fiasco.

For more on this story as it develops, stay tuned to The News Wheel.