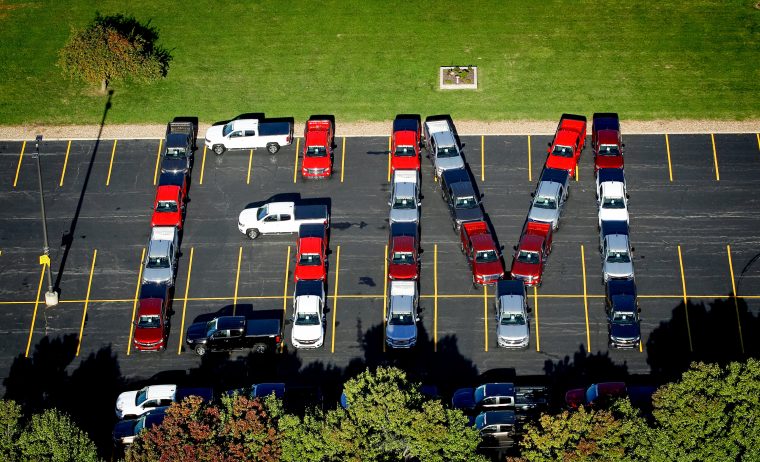 Today General Motors reported global sales of 2.36 million vehicles for the first quarter of 2016. According to GM, the sales results were driven by strong retail performance in the US and gains in the SUV and luxury segments in China.

“The quality of GM’s global sales in the key segments and markets in the first quarter is in line with our efforts to drive sustained profitable growth,” GM President Dan Ammann said. “In China, we continued to grow SUV sales and Cadillac expanded in the luxury segment. In the US, our disciplined approach to increased retail sales and lower rental fleet resulted in more profitable transactions.”

However, GM’s first quarter sales overall were down 2.5% compared to a year ago, which the automaker attributes to the continued challenging conditions found in parts of South America and Asia, as well as the shrinking of the mini-commercial vehicle market in China.

In the first quarter, GM and its joint ventures delivered 964,000 vehicles in the Chinese market, up 0.2% from first-quarter 2015. Much of that success was thanks to the Buick Envision and Baojun 560, as SUV sales were up a whopping 148% in the country. Cadillac deliveries in China were up a more modest 6.1%.

Here in North America, first-quarter GM sales were up 1.2% to 800,000 vehicles. In the US specifically, GM grew retail share faster than any other automaker, with retail deliveries up 7%.