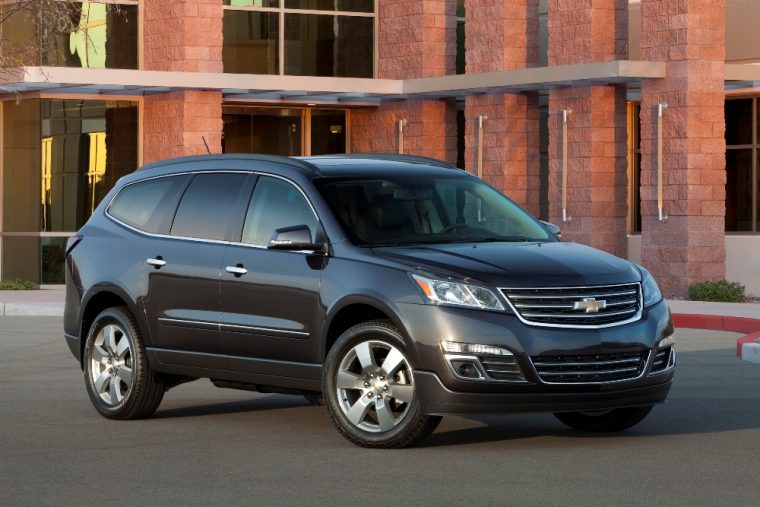 The Chevy Traverse, Buick Enclave, and GMC Acadia all tied for the top-spot in this year’s Made in America Automotive Index
Photo: © General Motors

For the fourth straight year, GM has dominated the annual Kogod Made in America list, which measures what percentage of a car’s parts actually come from the United States or Canada.

Traveling This Summer? Learn about these fun activities happening in South Carolina

In total, 20 GM vehicles made the top-10 list because many vehicles tied with the same ratings. In addition, three GM models, the Chevrolet Traverse, Buick Enclave, and GMC Acadia, all tied for the number one spot with an overall score of 90.00.

The 2016 Kogod Made in America list, which is formally known as the Made in America Automotive Index, is produced by the American University Kogod School of Business and is authored by Professor Frank Dubois.

In creating this index, Kogod takes into account the American Automobile Labeling Act (AALA), which requires passenger vehicles produced after October 1, 1994, to use labels to display what percentage of domestic parts were used to construct the vehicle, including the engine and transmission, as well as displaying the country in which the vehicle was manufactured.

Besides using data from the AALA, Kogod also considers additional factors while creating its list, such as the location of each OEM’s research and development programs, as well the location of each automaker’s global headquarters, which is used to determine where the profits end up going.

The only non-US brand to rank inside the top-5 was Honda with its Accord sedan. The Honda Accord is produced in Ohio and received an overall score of 81.00.

Most American Made Vehicle: Check out this overview of the 2016 Buick Enclave 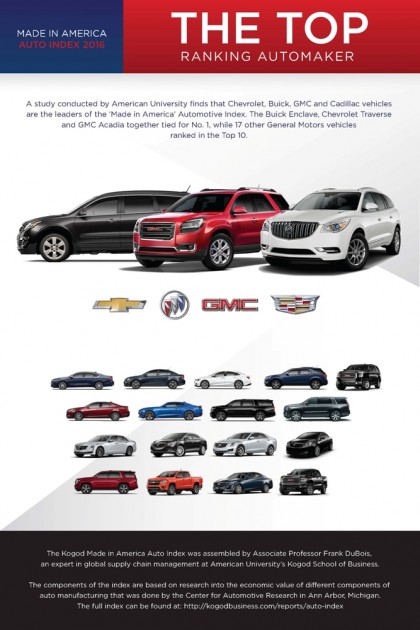 This year’s Made in America Automotive Index was filled with GM models
Photo: © General Motors