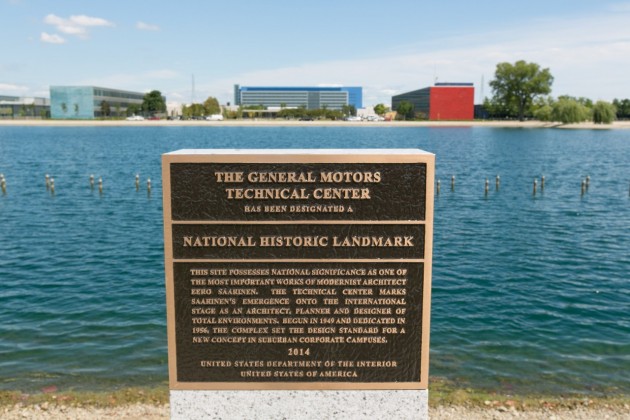 General Motors, as part of its commitment to preserve its history, unveiled a 5-foot-tall and 1,200-pound bethel white granite marker at its Technical Center. The market commemorates the Warren, Michigan site’s selection as a National Historic Landmark by the National Park Service.

The ceremony, which took place on Thursday, was attended by officials from General Motors Executive Vice President of Global Product Development, Purchasing and Supply Chain Mark Reuss and Vice President of GM Global Design Ed Welburn, as well as members of the US Department of the Interior, National Park Service, and Michigan Historic Preservation Office.

The marker was placed at the site with the help of a crane and several guiding hands. The GM Technical Center was the recipient of this honor because of its connection to architect Eero Saarinen. 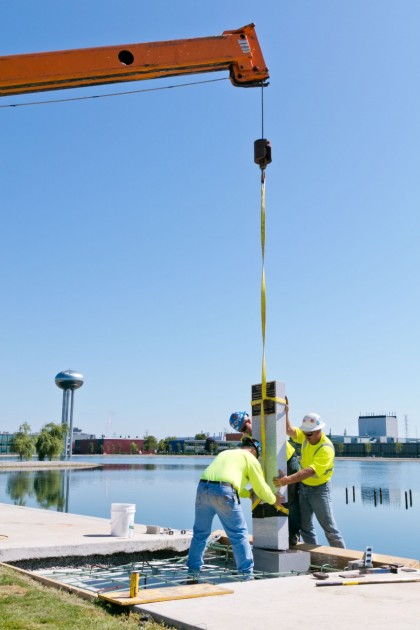 “When the GM Tech Center was dedicated in 1956, it was the pinnacle of engineering, design and advance technology,” Reuss said. “We recently announced a $1 billion investment that will bring new construction, significant renovation and 2,600 new jobs to the campus.”

Construction began on the GM Tech Center in 1949 and was completed in 1955. In 1956, President Dwight D. Eisenhower was on hand for the ceremonial opening.