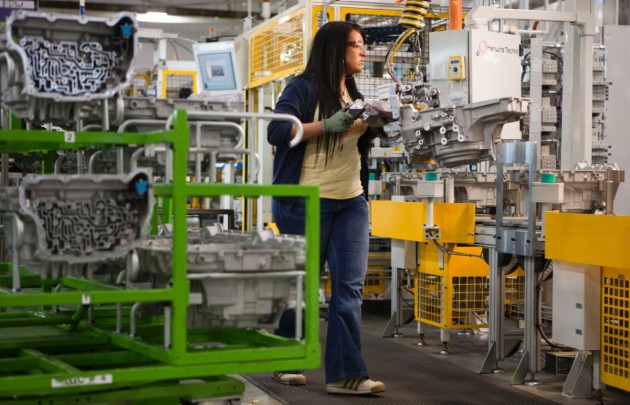 A look inside the GM Toledo Transmission plant
©GM

The GM Toledo Transmission plant is responsible for manufacturing the eco-friendly eight-speed automatic gearbox for the 2015 Corvette Stingray, as well as various six-speed transmissions.

Following Toledo’s victory, FastLane, GM’s own blog, put out some interesting information on why the plant was the top choice for the award. Here are the facts:

Congrats to Toledo on its recent victory.