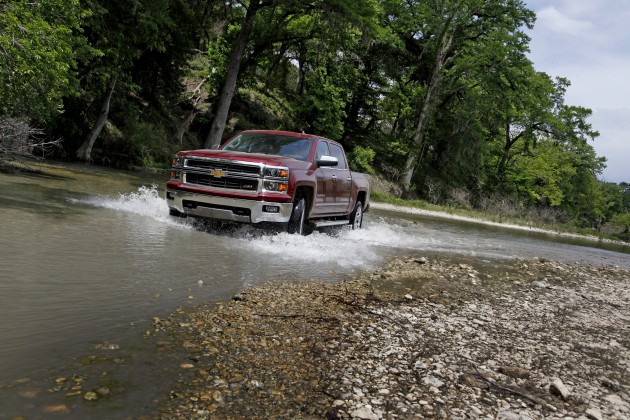 General Motors came extremely close to pulling down sales totaling 3 million units in the United States last year. If all GM needs in order to cross that coveted threshold once again in 2015 is marginal year-over-year improvement, it would appear that the brand is well on track to shattering that expectation.

GM kicked off 2015 with 202,786 sales in the United States in January, an 18.3% increase over the 171,486 unit mark from the year prior. The continued demand for pickup trucks and crossovers was a major accelerant for GM’s success, leading to significantly increased sales for the GMC and Chevrolet brands.

“Consumers feel very good because more people are working, the U.S. economy is expanding and fuel prices are low,” said Kurt McNeil, U.S. vice president of Sales Operations. “Consumer and commercial demand for trucks and crossovers is really driving our business, and our move into the small crossover segment with the Chevrolet Trax and Buick Encore, and mid-size pickups with the Chevrolet Colorado and GMC Canyon, was well-timed.”

Chevrolet carried the lion’s share with 142,882 sales in January, guided largely by the success of the Silverado, Equinox, Cruze, and Malibu.