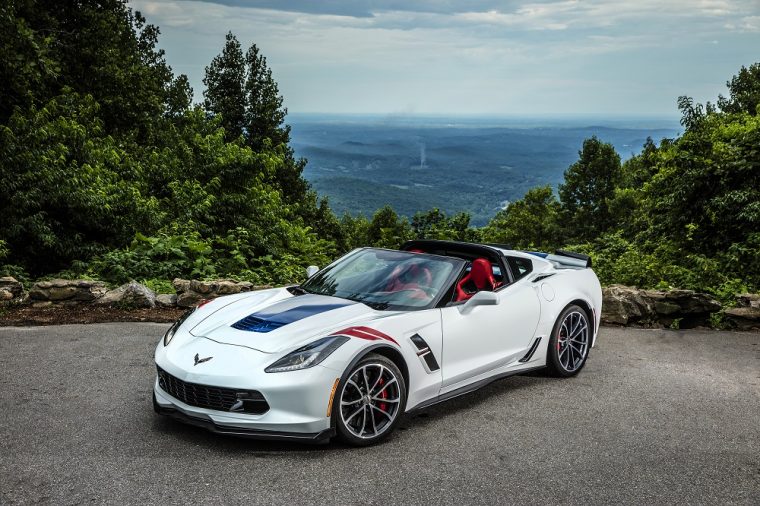 The 2017 Corvette Grand Sport combines many of the Z06’s track features with the Stingray’s V8 engine
Photo: © General Motors

Earlier this year at the Barrett Jackson auction, the first 2017 Corvette Grand Sport Collector’s Edition was sold for $170,000 and GM then donated that money to charity, so it could be used for cancer research.

While the other Corvette GS Collector’s Editions produced won’t cost quite that much, this special-edition car might still be difficult to find since Corvette Blogger reported that only 850 of the these unique Corvettes will be sold in the United States. In fact, only 1,000 examples will be produced overall, with the other 150 ‘Vettes headed overseas.

The new Grand Sport uses the same 460-horsepower V8 engine that can be found in the Stingray model, which can be paired with the buyer’s choice of either a seven-speed manual transmission with Active Rev Matching or an eight-speed automatic gearbox with paddle shifters.

Consumers can choose between coupe and convertible body styles. The 2017 Corvette Grand Sport Collector’s Edition in coupe format carries a starting MSRP of $80,190, whereas the convertible version wears a price tag of $84,190. Moreover, the top of the convertible can be lowered at speeds of up to 30 mph with just the push of a button.

The 2017 Corvette Grand Sport Collector’s Edition will begin production starting in October and concludes in February of next year.