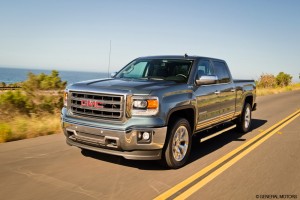 The resurgence of the automotive industry is finally beginning to allow automakers to rival their pre-recession sale totals, and this is especially true for GMC, whose 2013 sales totals are its best in six years.

“Last summer we launched the all-new 2014 Sierra, our most powerful, most advanced and most refined light-duty truck ever,” said Brian Sweeney, vice president of GMC Sales and Service, in a press release. “2014 is going to be another exciting year as we roll out more Professional Grade vehicles with the 2015 Sierra HD and new Yukon/Yukon XL.”

The all-new GMC Sierra 1500 arrived in June, but December was the pickup’s best month of retail sales since its debut; a promising sign that things will continue to get better for GMC. General Motors enjoyed a banner 2013, with dealer sales topping 2.8 million in the United States.

To which vehicle do you attribute GMC’s 2013 sales success?  Share your pick in the comments below!

Brought to you by Glenn Buick GMC in Lexington, Kentucky