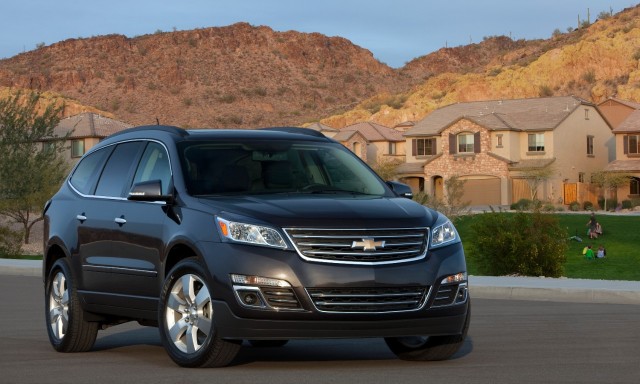 General Motors’ March sales in the US were down 2.4% with just shy of a quarter-million deliveries. While cars of all sizes have largely struggled throughout the first quarter of the year—a trend that extends to nearly every major automaker—the Chevrolet, Cadillac, Buick, and GMC brands have largely lived and died with the success of their trucks and crossovers.

Fortunately, March was more do than die for the segments. Truck sales—extended to include SUVs—were up 14% for GM across the four brands. In terms of crossovers, deliveries were up 6%. These figures compare particularly favorably to passenger car sales, which are down a whopping 21%.

“As the economy gained steam throughout 2014, we knew 2015 would be a strong year for trucks,” said Kurt McNeil, General Motors’ U.S. vice president of Sales Operations. “Higher demand dovetailed perfectly with the launches of our new full-size pickups and large SUVs. Low fuel prices and the successful launches of the Chevrolet Colorado and Trax made us even more bullish.

“Our foresight and disciplined approach to incentives is being rewarded with very strong truck sales and record average transaction prices.”

Though Chevrolet was down for the month, it delivered its best-ever month for crossover sales. The Trax, Traverse, and Equinox were all strong, as were the Suburban, Silverado, and Colorado.

GMC in turn delivered its best first quarter in a decade thanks to strong sales from the Sierra. Further, around 40% of all Sierra models sold fall under the Denali umbrella, granting the namebadge the highest average transaction price of any full-size pickup on the market.

In capturing a miniscule year-over-year increase, Buick was driven primarily by the Encore, which had its best month ever, and the LaCrosse, which was up 25% year-over-year.

As has been the trend for the past three months, Cadillac has been riding on increased Escalade sales and consistently high numbers for the SRX.