General Motors has been frustratingly quiet about their strategy for marketing the upcoming Chevrolet Bolt, basically saying “You’ll see when it comes out.” This has been somewhat worrying to electric vehicle proponents, because in the past, ads have been pretty crap about explaining the advantages to EVs, mostly just going “They’re greener!” and talking about stats which aren’t the point of EVs, like the first-generation Volt being able to go a whole 100 miles per hour (wow!), or that people will bug you when you stop at a gas station. This frustration wasn’t helped by GM’s overseas brand Opel revealing the Ampera-e (aka a rebadged Chevrolet Bolt) at the Paris Auto Show, still sans explanation.

However, thanks to Opel, we have our next glimpse (beyond the lame first ad) of how the brand will be marketing the Ampera-e.

Behold the first TV ad, which I have dubbed “The Next Day.”

We see a hazy image of a woman in a nightclub giving the camera a definite come-hither look, followed by a young, black-clothed man with a massive pair of headphones around his neck hopping into his car. It looks pretty clearly like this is the next morning, and he has been letting his Bolt/Ampera-e charge overnight during off-peak hours (smart move).

He presses the Start Button, plugs in his phone to use Apple CarPlay, throws up some music, and beats it. Here the video is sure to show us that the Bolt is 100% silent (good for that guy’s hangover from the night before). However, he can’t seem to get the girl he danced with out of his head, seeing her beside the road (or at least what could be her, since most people don’t stare intensely into driver’s eyes as they pass). 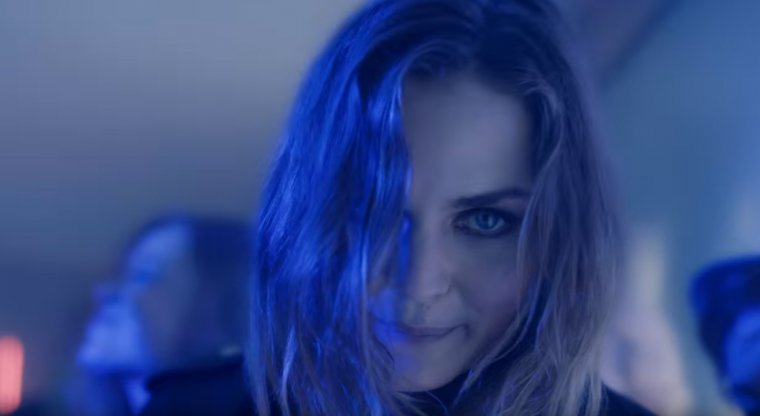 The man smiles, wraps his hands more tightly on the wheel, and the EV surges forward with the powertrain’s distinctive instant torque (I guess he was excited about something).

Make Sure You Prepared: The next time you blow a flat, it would be really good if you know how to use a car jack

Now we have more car stats as the car goes into cyberspace, underlining the huge touchscreen, 5-person seating arrangements, battery size, and finally its quick 0-100 kmph (That’s a bit over 60 mph) time.

As we come back to the real world, it’s night again, and Romeo still can’t stop think about Dance Club Juliet, so he hurries back to the club where he had seen her before. He leaps from the car, only to be caught by an awkward moment as she has noticed him and is already headed for his car.

But the car is still locked! Oh no!

What Will I Do? Onstar’s Proactiv Alert system tells you what is about to break down before it does

No worries, our modern Pyramus can unlock his car from his phone for his dear Thisbe, and after hopping in, the two set off for good, long drive (a good time to point out the Ampera-e/Bolt’s 500-km/238-mile range). She smiles over at him, and as something makes him excited once more, the Ampera-e surges forward and off screen.

So there you have it. I think that this is a step in the right direction, highlighting the car’s tech features, speed, ability to accelerate etc. before talking about how far it can go. Also, implying that you, too, can find Techno-Titania to match your Opel Oberon.