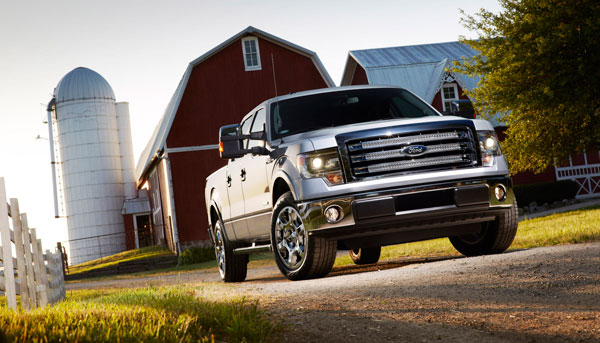 Last year, we introduced you to a contest in which you could win a 2014 Ford F-150. That contest is still open, but only for a few more days, if you haven’t yet entered!

Toby Keith fans across the country have the opportunity to win the “Big Ol’ Truck” that Toby sings about thanks to a new sweepstakes put together by Ford. As part of the 2014-2015 Toby Keith Hammer Down Tour, eligible participants can enter to win a grand prize worth approximately $50,900.

For the grand prize, winners receive a 2014 Ford F-150 with EcoBoost technology, along with a “Backstage BBQ with Toby Keith,” which includes four tickets to a 2014-2015 U.S. Toby Keith Tour show, ground transportation to and from the show, and backstage passes. To enter, participants must be U.S. citizens and residents and either eighteen years old or older. The sweepstakes started on June 7, 2013 and will finally close next week on March 31 at 11:59 PM.

Want to win a 2014 Ford F-150 and a “Backstage BBQ with Toby Keith”? Click here to enter the Ford Toby Keith Contest before it closes!