Good Samaritan in Arizona Tries to Help Owl, Gets Trapped in Car

Don't risk getting hurt aiding injured wildlife. This owl, dazed when a motorist got it off Oracle Road last night, revived inside her car. It then latched onto her sleeve and steering wheel for some time. Unhurt, she finally coaxed it out. Get help by calling us at 623-236-7201 pic.twitter.com/aRYdamhZVC

On Monday night, one Arizona woman was driving north of Tucson when she saw what looked like a hurt great horned owl on the side of the road. She acted upon her Good Samaritan instincts and carefully picked up the bird, placing it in her car with the goal of driving it somewhere for its injuries.

No sooner had she started to drive away with the owl than it clutched onto the car’s steering wheel and her sleeve, refusing to release its grip. The woman was trapped in her car, so her mom called the Game and Fish Department for assistance. The agency advised that the woman splash the owl with water. Instead of encouraging the owl to relinquish its hold on the woman and her steering wheel, however, the owl simply drank the water and kept holding on. 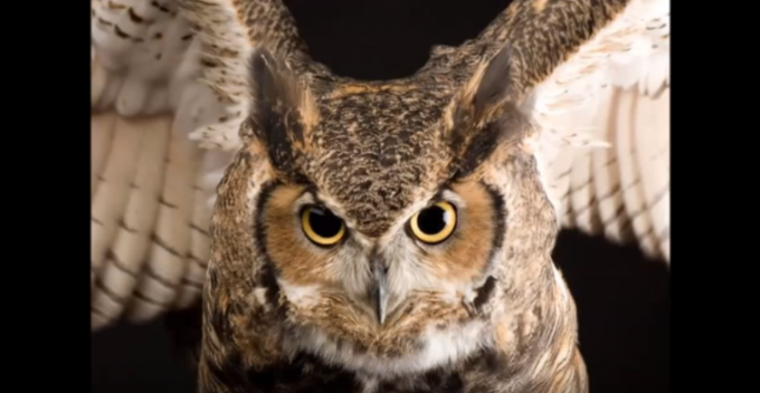 Mark Hart, a spokesman for the Arizona Game and Fish Department in Tucson, expressed the hazard of the altruistic scenario turned wrong that the woman found herself in. “She’s fortunate she wasn’t hurt. We have instances ranging from people trying to aide a coyote hit by a car and down on the street only to be bitten, to people separating young wildlife from their mothers in the mistaken notion that a mother has abandoned the small animal.”

Eventually, the owl hopped out of the car, freeing the woman and her steering wheel. The next day, the woman’s mom claimed she saw the owl where her daughter had initially found it.

This story is a great reminder that if you ever see an injured animal on the side of the road, exercise caution. It’s safer to call your local wildlife agency to notify them about the animal than try to place it in your vehicle to drive it to an animal clinic.

Buyer Dilemma: Discover the perks of buying vs. leasing