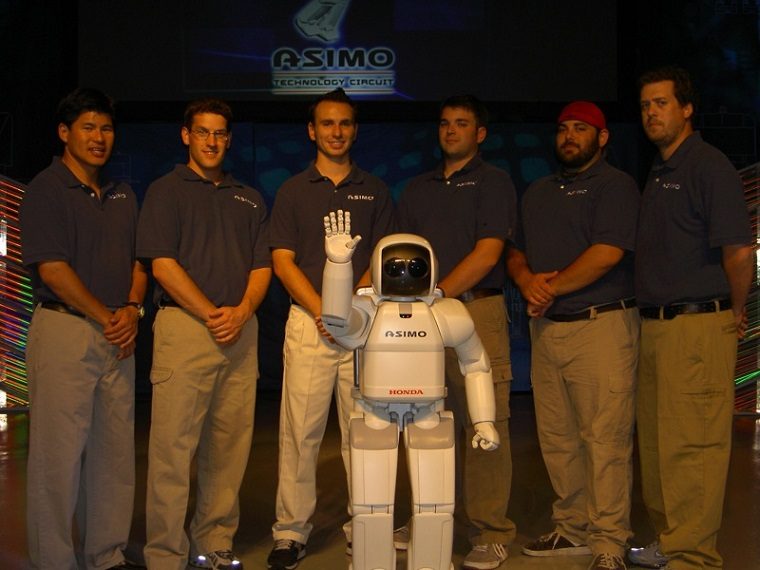 Honda’s ASIMO is likely the world’s most famous robot. Originally unveiled in 2000 after more than a decade of development, it was the first robot to walk on two legs. It can also interpret voice commands and human gestures, determine the distance and direction of multiple moving objects, and autonomously navigate using sensors.

Unfortunately, if you love ASIMO — which stands for “Advanced Steps in Innovative MObility” — you won’t get to see it learn any new tricks, like when it played soccer with President Obama, tried (and failed) to walk up a flight of stairs, and won over Kelly Ripa with a dance on the LIVE with Kelly and Michael Show.

The current generation of the ASIMO robot is the seventh, having first appeared in 2011. It stands at 4 feet and 3 inches, weighs 119 pounds, can walk at up to 5.6 mph, and can operate for about an hour using a rechargeable 51.8 volt lithium-ion battery. But it will also be the last, at least for now.

Honda announced that work on a new model has been halted so that the development team can continue its research into the technologies behind ASIMO, with the ultimate goal of producing other robots with more practical use.

For example, Honda is working on a motorcycle that can balance itself and a nursing robot that can support walking exercises as part of physical therapy, both of which use tech originally devised for ASIMO. Honda also currently sells a lawn-mowing robot that can navigate wide and uneven surfaces on its own.

And based on some of the cute robots Honda unveiled at CES 2018, it doesn’t look like the company is going to stop making robots that make you go aww any time soon, even if they don’t have ASIMO’s face.