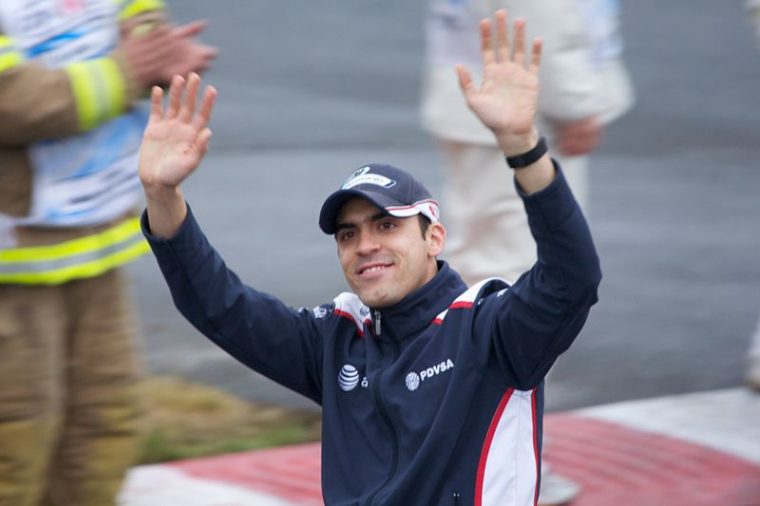 Pastor Maldonado has announced on Twitter he is leaving the Renault Formula 1 team (formerly Lotus) and retiring from the sport altogether, a decision that many fans understand will lead to reduced entertainment during Grand Prix races by singlehandedly cutting down the rate at which crashes occur by at least half.

Maldonado was a controversial figure in Formula 1 to say the least. On the one hand, there’s no denying he had speed; he was quite successful in the feeder series leading up to Formula 1, won the GP2 championship in 2010, and even drove to an amazing victory at the 2012 Spanish Grand Prix—while being chased by Alonso in a faster Ferrari, of all things.

On the other hand, Maldonado was notorious for making unforced errors on the track, and thus being the last guy on the grid with whom any of the drivers wanted to race wheel-to-wheel. His crash-prone driving quickly became a running joke, spawning numerous memes, nicknames like “Crashtor” and “Maldozer,” video compilations of his mishaps, and joke websites like Has Maldonado Crashed Today? Even the big-time F1 channels have had a crack at it.

His personality, too, was controversial. Less than two hours after the aforementioned win, the Williams pit garage caught on fire, injuring thirty-one people. Amidst the confusion, Maldonado ran in and carried his twelve-year-old cousin Manuel, who had a broken foot, out of the flames. There’s no denying it takes bravery and heart to do something like that.

Yet just over a year later, he inexplicably suggested on live TV that the very team with whom he had won his only Grand Prix had been sabotaging his car to favor his teammate. He also consistently refused to take responsibility for accidents that were clearly his fault. Ultimately, though he had his moments of brilliance, his overall performance was far from stellar—certainly not good enough to warrant his repair costs.

So how did he stay in Formula 1 for a whopping five years before getting fired? Unlike most drivers on the grid, Maldonado didn’t get paid to drive but rather paid his team for a seat, with as much as $30 million per year controversially provided by the Venezuelan government. When the 2014 driver lineup was confirmed, it was no surprise that Lotus—a team with well-documented financial troubles—has picked up Maldonado over the other choice: Nico Hulkenberg, a driver who most agreed was more talented (he even won the 24 Hours of Le Mans race last year) but who struggled to find sponsors.

Still, the occasional unexpected crash, spinout, and ridiculous complaint from the part of our favorite Venezuelan driver was a source of entertainment that will certainly be lacking from now on. I know I’ll miss writing about his shenanigans in my F1 Recap Series. That being said, his seat will be taken by Kevin Magnussen, a young driver who showed in 2014 that he deserved every shot at glory in the sport.

So on that note—farewell, Pastor Maldonado!