Rat Race (2001) has long been a favorite movie of mine for some inexplicable reason. I think it’s all the slimy underhandedness and just the right amount of Jon Lovitz that does it for me. I even own the dang thing on VHS, which currently sits in a movie rack collecting dust because I’ve been able to find it on Netflix whenever I’ve been dying to see Cuba Gooding, Jr. in cowboy attire. But I digress.

The point is, I’m a big fan of this seemingly unfunny movie. So when I was asked to produce a Rat Race review for our road trip movies series, I jumped at the chance.

Before I can even begin to delve into the plot of Rat Race, let’s go over the characters—because there are a lot of them.

Also included in the cast are Wayne Knight as Zack Mallozzi, Kathy Bates as The Squirrel Lady, Paul Rodriguez as Gus, Brandy Ledford as Vicky the hooker, a bunch of random women as Lucille Ball, Gloria Allred as herself, and Smash Mouth as, well, Smash Mouth. No, honestly, look:

Seriously, how could you not love this movie?

I run the risk of writing a 2,000+ word Rat Race review if I don’t get to the point, so here’s a basic plot synopsis, in as few words as possible (plus a few more):

Donald Sinclair places six tokens in random slot machines in his casino that invite the winners to a luncheon, where he reveals to said winners (Enrico, Randy, Duane and Blaine, Nick, Owen, and Vera and Merrill) that he has locked up that aforementioned duffel bag and gives them all a key to the locker. All the winners are in shock as he tells them that the first one there keeps it all and then shouts, “Go!” eventually firing a gun to signal the start of the race. 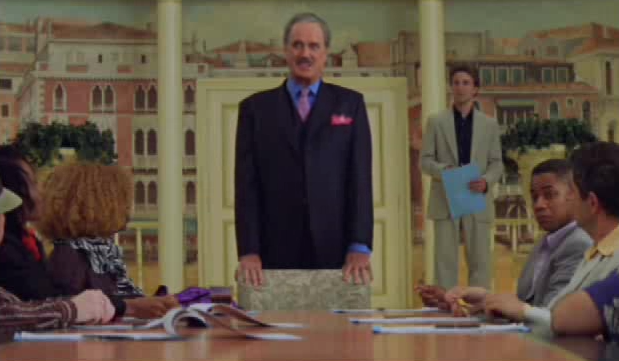 The six contestants leave the luncheon thoroughly confused, all admitting that they do not intend to actually go after the alleged money. Moments later, however, it’s a mad dash as they grab their families and friends and take off toward Silver City, foiling each other at every twist and turn.

Meanwhile, Donald Sinclair and his friends spend the day betting on silly things, like how much Vicky the hooker would charge for a Pepto Bismol party with Donald’s assistant, Harold. The ultimate bet, of course, is who will reach the money first. 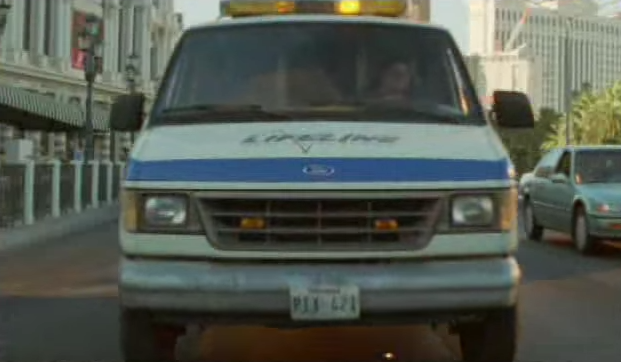 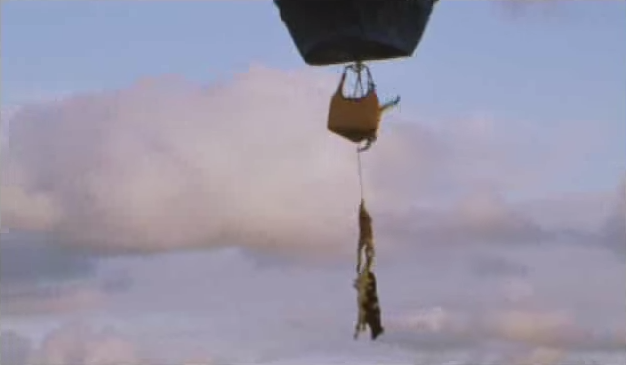 I wasn’t kidding about that cow thing.
Paramount/YouTube 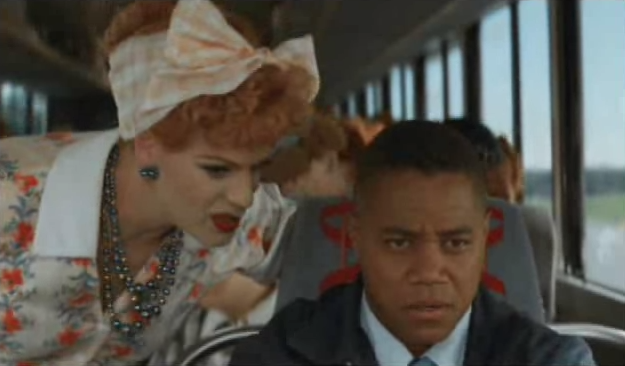 This is one of the Lucy ladies, except this one is actually a man in drag. …I promise this is a good movie.
Paramount/YouTube 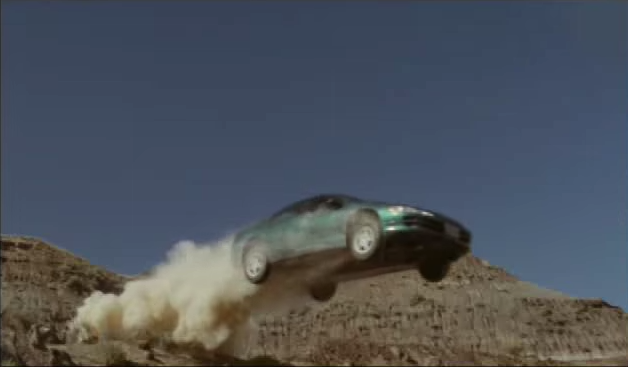 “You should have bought a squirrel.” – Kathy Bates
Paramount/YouTube

Randy honks at a Beetle while driving Hitler’s car. See, this movie is funny.
Paramount/YouTube 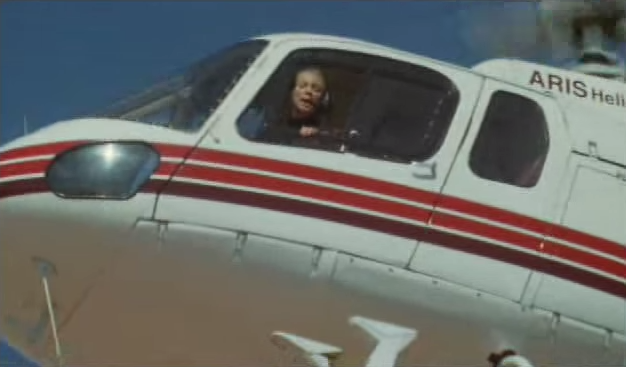 As luck would have it, they all arrive at the same time and find Enrico asleep at the locker. They throw the locker door open but realize that the money has disappeared.

At this point, it becomes obvious that Vicky the hooker and Harold have stolen the money, but just as they are getting away, the hot air balloon, still with the cow dangling from the basket, swoops by and catches the duffel bag. The contestants all team up and commandeer a double-decker bus, which Owen drives, as they chase down the hot air balloon.

They finally catch it, but it is on a stage for Feed the Earth, where Smash Mouth is hosting a fundraiser. Together, they all decide to donate the $2 million to hungry children across the globe.

First, let me give you a minute to process all that. Done? Good.

So—is the movie flawed? Yes. Are some of the jokes lame? Of course. But was I laughing my ass off and totally shocked by the ending? Abso-freaking-lutely. (I mean, come on, never once have I anticipated an ending to a movie wherein Smash Mouth convinces twelve greedy people to give away $2 million.)

Honestly, the characters are fun, conniving, and desperate, yet entirely endearing. Watching their stories intertwine is amusing, and the heartwarming, though slightly forced, ending is one that I can smile at.

I would absolutely recommend this movie to anyone looking for something of little substance but full of laugh-out-loud, early 2000s humor.

And, because this is a road trip movie review, here’s a list of all the modes of transportation used in this zany film: