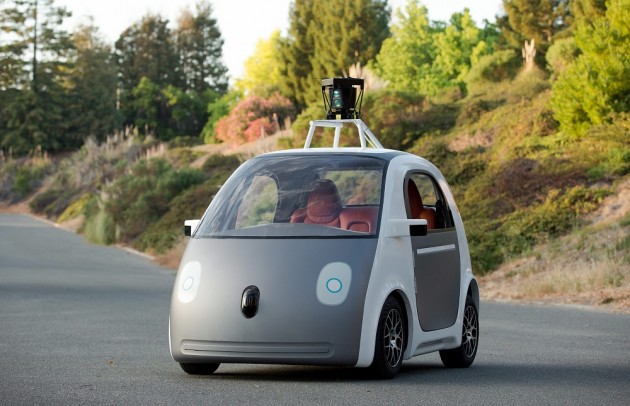 The older design of the Google self-driving car
Photo: smoothgroover22

Google is moving on to a new prototype self-driving car. And this time, according to project director Chris Urmson’s son, the car looks like a Koala.

The new car is a large step up from the previous prototype that Google introduced last May, which, while looking very similar to the new prototype, was fairly rudimentary—the sensors on top lacked the stylish dome and the headlights were fake.

Of course, the Koala car still isn’t ready for private consumers—the car has no airbags and lacks some other federally required safety features, so it’s not allowed to go faster than 25 mph; its electric motor has to be recharged every 80 miles; and can only drive in areas thoroughly mapped by Google.

What it is good for, though, is testing—Google is beginning with 25 of them driving in neighborhoods around Google HQ. If all goes well, they plan to expand their fleet to over 50 cars and test them in areas with more hills and rain.

More Technology Advancements: Nissan’s Around View Monitor to Explore Depths of the Ocean

The goal for Google, of course, is entirely driverless cars available to consumers in the next five years. However, that goal hit a bit of a snag when an AP article prompted Google to report that its self-driving cars have had 11 accidents since September, though Google avoided going into too much detail. This led to sharp criticism of the program’s transparency.

To avoid this in the future, when the new prototypes roll onto the roads, Google will be rolling out a new website to provide information on the program, including regular progress reports, miles driven, noteworthy trends, and any accidents.