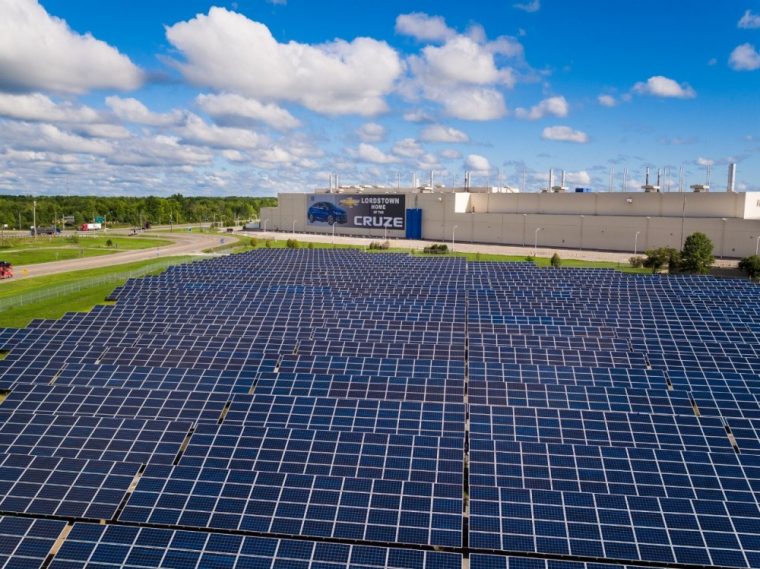 GM already uses a 2.2 megawatt solar array at its plant in Lordstown, Ohio

Here on The News Wheel, we have kept an eye on the state of energy generation in our country, for the simple reason that, as the manner in which we generate electricity gets greener, so do vehicles that rely on electricity for power–such as plug-in hybrids like the Ford Fusion Energi or full-on electric cars like the Tesla Model S or the Chevrolet Bolt.

Recently, we wrote about how coal power has been plummeting as a source lately as costs of cleaner-burning natural gas and renewable energy sources like wind and solar become cheaper. However, we didn’t address just how cheap wind and solar power have become.

Now, though, according to a report from investment bank and research firm Lazard, in the US, wind and solar power are now cheaper to run than even natural gas, even without subsidies, making them the least-expensive source of electricity for utilities in the country.

Unfortunately, this milestone does have some missing variables. For example, it doesn’t take into account the possibility that increasing climate change would create more favorable conditions for solar and wind generators, while the study also doesn’t really factor in that wind and solar can be intermittent sources of power based on weather.

Also, this milestone is not to say that all gas and coal plants will be bulldozed tomorrow, and we will be putting up solar panels and wind turbines in their place—it costs a lot to install that equipment, and existing power sources have the advantage of already being built.

Overall, it seems that the prow of the USS America’s Energy is pointed more toward Renewable Energy Island, but we have a pretty fair amount of inertia pointing us toward the Fossil Fuel Ocean.