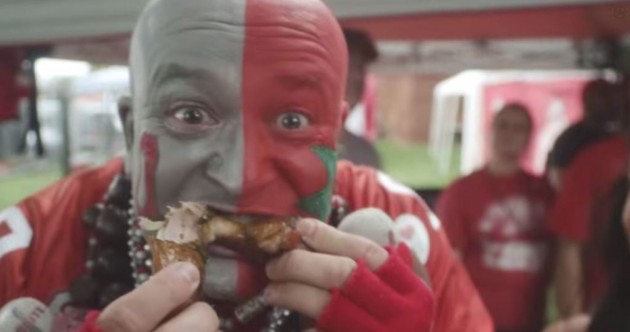 Take a big bite out of Tastemade’s new The Grill Iron series with our culinary highlights
Photo: Tastemade

As part of Hyundai’s #ThisIsLoyalty effort to promote NCAA Football this season, the brand has partnered with YouTube presence Tastemade to deliver a scrumptious look into one of the best traditions associated with the sport: tailgating.

Tastemade has already released the first four episodes of its new series, The Grill Iron, in October on their YouTube channel. Thanks to Hyundai’s promotion of  foodie-fanatic filmmakers, those of us more interested in cuisine than touchdowns have something to enjoy.

The News Wheel was eager to take a look at some of the best dishes in some The Grill Iron highlights guaranteed to make your mouth water.

Related: Don’t let the size of the new Elantra fool you!

It’s not a surprise that the debut episode takes place at the stadium that Sports Illustrated deemed had the best tailgate action in the nation. Jackie Tranchida (Jax), The Grill Iron‘s host, tours the tailgate scene in Columbus before an Ohio State Buckeyes versus Virginia Tech Hokies match. Superfan Big Nut shows off some favorite foods of the fans, like roasted chicken wings. 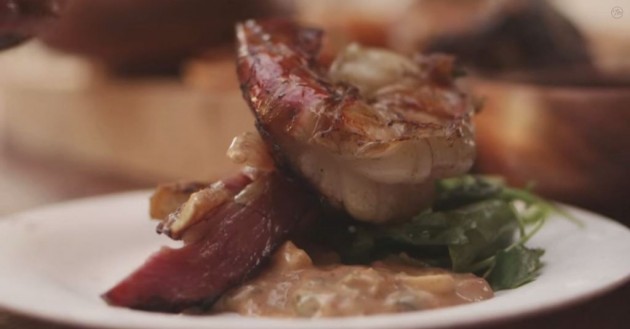 Overall, The Grill Iron‘s debut episode is a strong entry for casual or die-hard tailgate fans that are interested in learning about local restaurants and getting unusual ideas for their own cooking. And the enthusiasm of the tailgate scene is perfectly captured. Be aware, though—this is clearly more intended for the foodie than the football fan, as the culinary jargon will leave some scratching their heads.

The Grill Iron highlights continue at the University of South Carolina. The second episode, during a match between the South Carolina Gamecocks and the Georgia Bulldogs, takes place in Columbia and emphasizes Southern cuisine. Tailgate Tony, who hovers proudly over a grill as large as an oven, shows host Jax the same warmth in his variety of smoked meats that Southern hospitality does to all visitors.

This episode’s executive chef in Hyundai’s Field House is Howard Stephens from Columbia’s Oak Table. His sentiments about the importance of fresh ingredients and dedication to football resemble what other chefs typically say, but his ingredient choices show dedication to local cuisine.

After picking up some boiled peanuts from local peanut stand Happiness Bomb for his cabbage-based kimchi, Chef Howard heads to the grill. Ribs that have been smoked for 24 hours are glazed with a peach BBQ sauce and paired with fried pork fat, hominy, and kimchi. The final product looks messy but is undoubtedly well-seasoned. 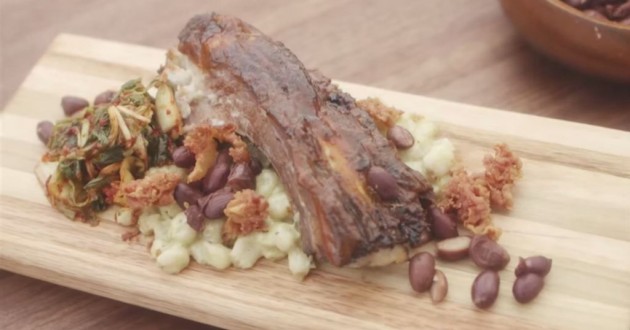 The second episode doesn’t have the same energy and spunk that the first one did, but the patriotism of the fans and their pride in South Carolina food shines through.

Fans gather at Los Angeles Memorial Coliseum to partake in greasy handheld tailgate dishes like hot dogs wrapped in bacon and peppers. Jax continues to make a fine host, balancing her lively personality with attention on the food being produced. While little time is spent this episode on the university and its fans, Chef Tin Voung of Little Sister Restaurant, located in Manhattan Beach, provides a much-needed boost of ethnic and culinary variety in The Grill Iron. If you think that Asian cuisine isn’t fit for the tailgate scene, this is where you’re proven wrong.

Using a suitcase full of fresh spices from his friend Alex, Chef Tin composes a cornucopia of Asian street foods. Instead of focusing on one dish, we see lamb, chicken, shrimp, pork ribs, and salad served up in bowls, on sticks, and in buns. There’s so much culinary activity going on in the last third of this episode, it’s hard to follow everything being put on a plate. 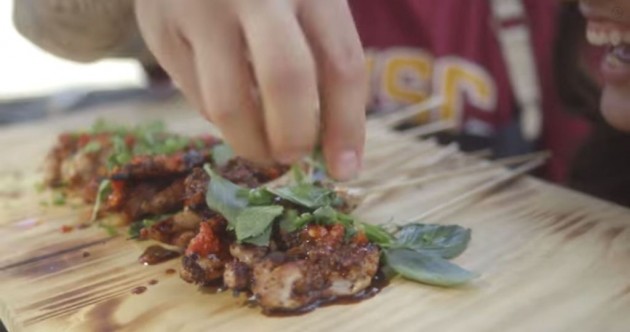 This third episode gives a dynamic contrast to the heavy cuisine and fervent personalities of the first two episodes with an Asian/West Coast American approach that’s thoughtful and precise in its execution.

With one more episode for Florida State University released this past Saturday, there are only nine episodes left for The Grill Iron. The News Wheel considers these three entries The Grill Iron highlights for October, and er can’t wait for more delectable dishes in the coming months thanks to Hyundai and Tastemade.

Related: How the Tucson fuel cell will change automobiles