Groovy Video Compares 1976 Honda Accord Hatchback to 2017 Accord Hybrid 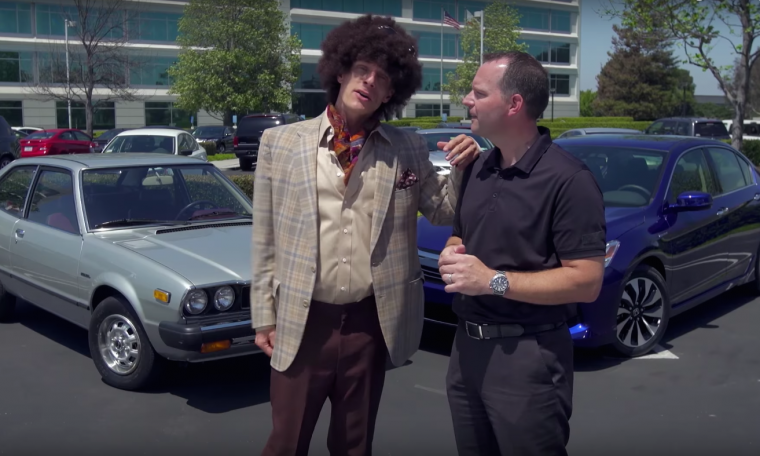 That’s right, the Accord is officially over the hill. But Honda isn’t celebrating the popular midsize car’s birthday in the traditional way (which is to say, by giving it gag gifts like a walking cane or fake dentures). Instead, the automaker is paying homage to the vehicle’s transition into middle age with video tributes like the one below.

In this clever clip, Honda compares the original 1976 Accord hatchback with today’s 2017 Accord Hybrid.

The ad is mostly an advertisement for the new hybrid model, which is the most efficient Accord yet, capable of an impressive 49 mpg in city traffic (a mileage figure that would have made jaws drop back in the oil crisis-filled days of 1976). But it’s also fun to see an original, well-preserved 1976 model, just to compare how much has changed in the past four decades.

To begin with, the original Accord’s 1.6-liter CVCC engine was only capable of a mere 68 horsepower, but proved valuable to commuters with its 34 mpg fuel economy rating.

As for the ’76 Accord’s “tech features”? Well, the car sports a rear-window defogger, intermittent wipers, one single key for both the engine and the doors, and a locking gas cap.

The video also takes a page from another late-70s classic, Smokey and the Bandit, by including a blooper reel at the end. It’s all pretty fun, and a great way to commemorate the evolution of America’s best-selling car of the last forty years.