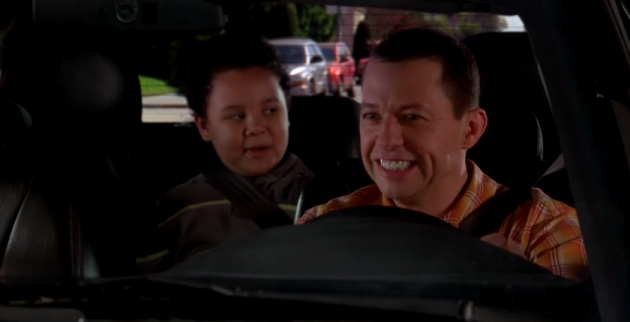 Jon Cryer is best known for playing Alan Harper for 12 mirthless seasons of Two and a Half Men. Clearly, he feels a little guilty about that, and is doing his best to offset his sitcom’s hacky emissions by promoting eco-friendly vehicles—like the Chevy Volt.

So… I’ve had a Volt for 3 yrs now and it is a GREAT F***ING CAR! And it uses so little gas that I only fill it halfway twice a year

In a recent series of tweets, Cryer noted that the high cost of gasoline (close to $5 a gallon in California) doesn’t really bother him, because of the fact that he made millions of dollars starring in a terrible sitcom owns an electric Volt: 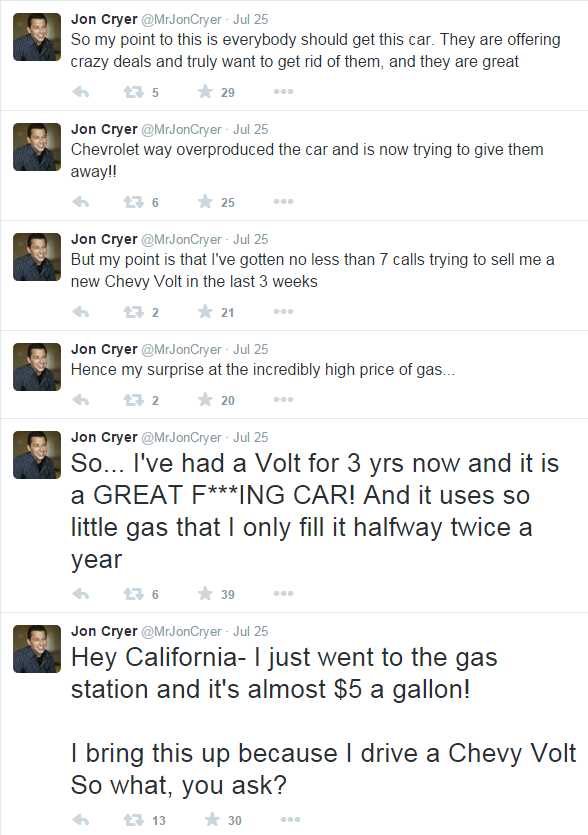 This, of course, led to several jokes from Cryer’s twitter followers about how his sitcom character Alan used to own a Volvo and fill it with gasoline $3 at a time, and Cryer of course retweeted all of these jokes, because they were all so very funny. But Cryer was serious about his Volt-love, encouraging followers to purchase one of the 2015 models that are currently on clearance, thanks to the upcoming release of the 2016 Chevy Volt:

Be Prepared: Learn what to do when your brakes fail

Then the Pretty in Pink star recommended pairing your new Volt with a wireless charger from Plugless Power:

And if you get a Volt, u gotta get one of these things… Charges the car WITHOUT PLUGGING IT IN pic.twitter.com/zAsjsY3Lhs

Cryer went to great lengths to make it clear that neither of his endorsements for the Volt or the Plugless Power unit were “sponsored” posts—he’s just a genuine fan.

We can’t say that we feel the same about Cryer’s misogynistic television show, but at least his taste in vehicles is admirably clean.