Heartbreak for Toyota at Le Mans

Toyota's car breaks down on the penultimate lap. 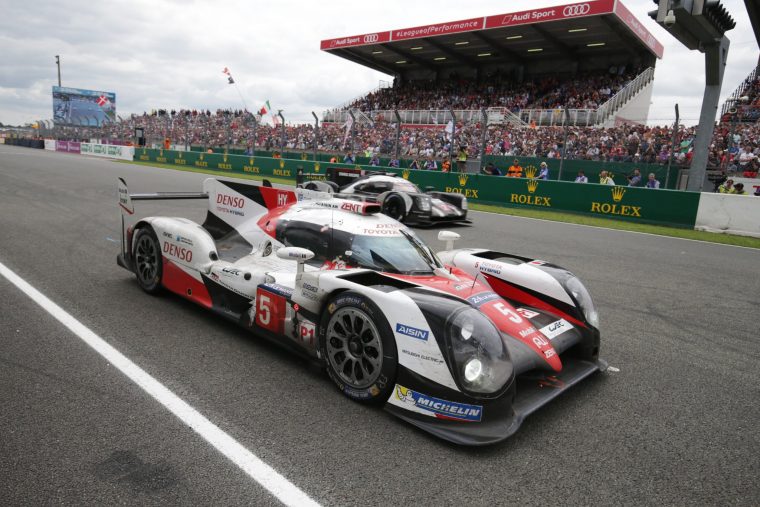 It couldn’t have happened in a crueler way. Toyota has had its sights set on a 24 Hours of Le Mans win for many years now, and they’ve come close a few times, but never quite like this.

After 23 hours and 54 minutes had passed, the #5 Toyota TS050 Hybrid LMP1 car had led the majority of the race and still held a comfortable lead over its closest competitor, the #2 Porsche 919 Hybrid. The air in the Toyota garage was electric—it seemed as though they were finally going to get the win that had eluded them for so long and become only the second Japanese manufacturer in history to manage it (the other being Mazda with the rotary-powered 787B in 1991).

But just as their dream was about to become reality, it turned to nightmare. As the #5 car headed down the Mulsanne Straight, its engine gave up and it slowed down to a crawl. The Toyota garage was utterly quiet in its shock, and though the engineers must have scrambled to find a solution—something, anything to get the car going up to speed again—it was to no avail. The Porsche closed in and took the lead just after completing the penultimate lap of the race, a mere three minutes before the checkered flag was waved. Three minutes in a 24-hour race. That’s all it takes.

It was a gut-wrenching moment for the entire Toyota team: the drivers, the mechanics, the managers, and the fans. What’s worse, because of a rule that states that cars must take their last lap in a time under six minutes, which the #5 Toyota failed to do, it was disqualified. The car that seemed about to win it all wouldn’t even be on the podium or earn a single point toward the World Endurance Championship.

It must have been a sweet victory for Porsche who, it should be recognized, put in just as much time and effort into Le Mans as the guys over at Toyota. And it is, after all, a 24-hour race, not a 23-hour 57-minute race. Still, one can only imagine how devastated Toyota must feel about losing it all after getting ever so close.