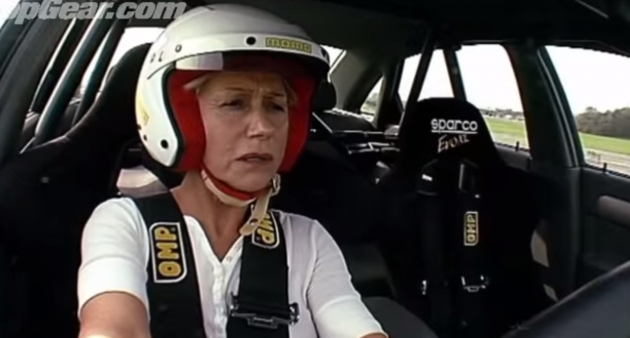 Dame Helen Mirren may have already won an Academy Award, a Tony, three Golden Globes, and four Emmys, but she still hasn’t achieved her greatest ambition in life: starring in a Fast and Furious sequel.

In a recent interview with Yahoo!, the 69-year-old actress was asked what she thought about the film industry “focusing more and more on big franchise movies.” Mirren answered by saying that she loved the fact that female teenagers were finally being catered to, and then dropped this bombshell:

Mirren didn’t seem like much of an auto enthusiast when Jeremy Clarkson (R.I.P.) interviewed her on Top Gear, but cars aren’t her true motivation for wanting to be in Fast and Furious 8, anyway. She’s actually inspired by the undeniable brilliance of one of her fellow thespians: Vin Diesel.

I have to say Vin Diesel is brilliant. I love Vin Diesel. He’s a great guy, smart — I love him. It’s partly because of him I’d like to be in one, but also the driving. I’d also love to do another Red-type movie, because those are such fun to do.

And to think, we all laughed at Vin when he said that Furious 7 would win Best Picture. Well, now that he’s got the Queen on his side, who’s laughing now?!?

Hopefully Helen Mirren can fulfill her (and our) dream of starring in Fast and Furious 8. And if the franchise comes to an end after this seventh installment, perhaps she can still get a chance to work with Vin by playing Bambi’s mother in some heart-wrenching flashback scenes in the live-action Bambi: