This coming Monday, Ford will celebrate 100 years since the establishment of Henry Ford & Son Limited on the Marina in Cork, Ireland, the city from which Henry Ford’s family emigrated to the United States in 1847. Ford, who was born in Michigan in 1863, would honor his heritage by returning to Cork 14 years after the establishment of the Ford Motor Company in order to open the Cork Ford plant on April 17th, 1917, establishing it as the first purpose-built Ford factory operating outside of North America.

In celebration of this milestone, Ford’s great-grandson and Ford Motor Company Executive Chairman William Clay Ford, Jr. will participate in a number of events throughout the city of Cork, including a visit to the home once occupied by the Ford family.

“I am excited and honored to be coming home to Cork to celebrate 100 years of Ford in Ireland,” Ford said.  “Ford has deep roots in Cork, not only through my family’s historical connection, but also through the impact that the Ford factory has had as an engine for prosperity for the area over many decades.” 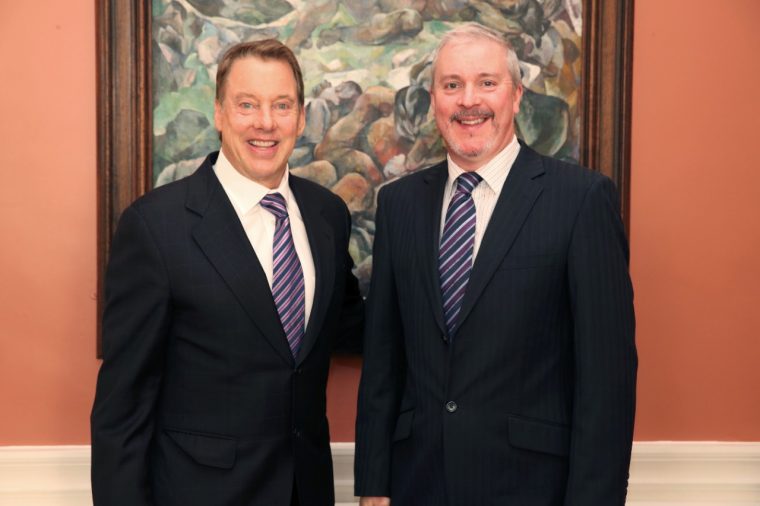 Ford will also attend a Gala Event at Cork City Hall and a commemorative event in Ballinascarthy—the village in West Cork in which Henry Ford’s grandfather and father were born and where a Model T-shaped statue has stood since September 2000. In Ballinascarthy, Ford will unveil a centenary plaque commemorating the establishment of the factory.

“We are thrilled to welcome Mr. Ford to Cork for the centenary celebrations.  What a great opportunity to mark the wonderful legacy and contribution to Cork and indeed, Ireland, that Ford has made in that 100 years,” said Ciarán McMahon, Chairman and Managing Director of Ford Ireland. “The factory is sadly no more, but Ford remains one of the best-selling brands in both the car and van market in Ireland.”

Ford will also mark the occasion by announcing a new partnership between Ford and the University College Cork.