Here Is When You Can See Bolts in Your State 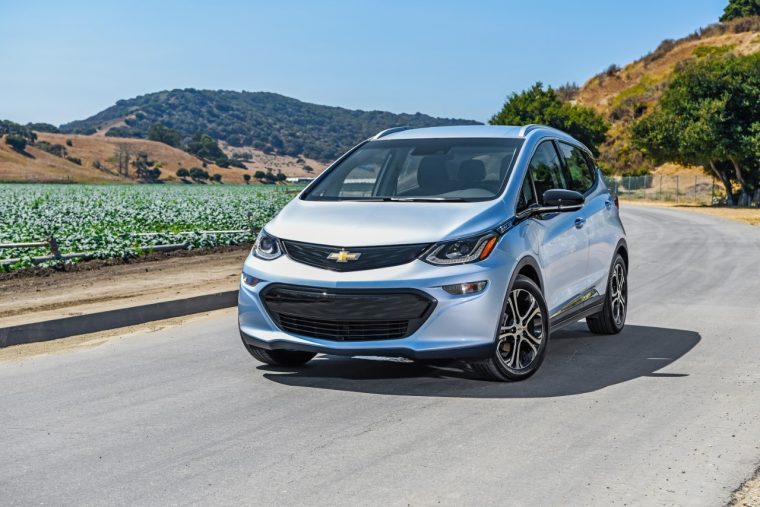 The long wait is over—we finally have Chevrolet’s delivery schedule for the Chevrolet Bolt. Previously, the company had been very tight-lipped about its plans, beyond revealing that it would send the first ones to California and Oregon (two months before they, indeed, showed up), and would afterward show up in the Northeast.

Don’t Want an Electric? That’s okay, Chevrolet still has a zippy little car for you

However, Green Car Reports’ request for a distribution plan was met with the delivery of a definite schedule of the rollout plan, including months that dealers can order the Bolt and what month those Bolts are expected to arrive.

The first item on the list was the one which has already passed, with dealers in California and Oregon ordering back in October with deliveries in December.

From there, dealerships in Massachusetts, Maryland, and Virginia are added to the list for ordering in December, but deliveries arrive in February.

After that, the ordering month and in-dealership month progress by one each time, so I will list by delivery month for the sake of brevity.

Still Rolling: Chevrolet has some of the most dependable models on the market

In March, Bolts will arrive in dealerships in New York and New Jersey.

In May, a collection of states is added with Connecticut, Maine, Rhode Island, Vermont, New Hampshire, and Colorado.

In July, we add four more with Illinois, Florida, Arizona, and Pennsylvania.

In August, the Bolt rolls into Texas.

In September, deliveries will be open to all states.

Chevrolet had previously promised that the Bolt would be nationwide this summer, but although September is usually thought of as the start of fall, it still has 20 days which are officially designated “summer.”

About 1,200 of Chevrolet’s 3,000 or so dealerships in the US are certified to sell and service the Bolt; each state has at least one.