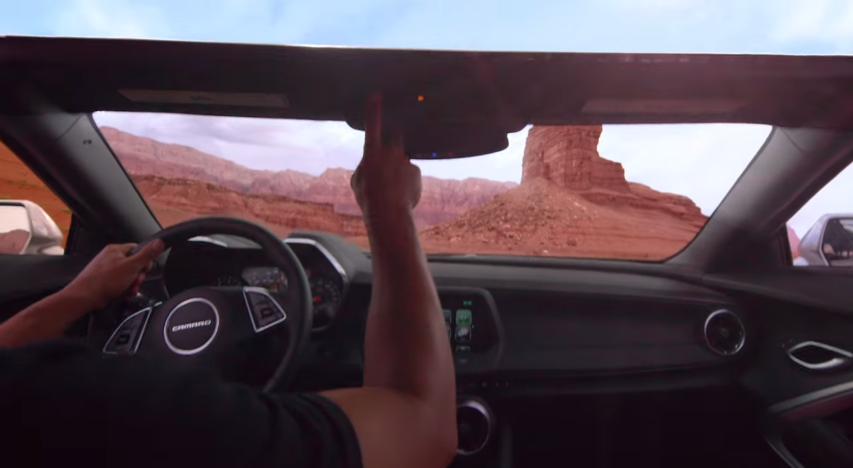 Inside the 2016 Chevrolet Camaro convertible

The 2016 Chevy Camaro convertible isn’t set to debut until tomorrow, June 24, 2015, but it seems that the first images of the vert have already been leaked online (shocking, right?)

The photos below were apparently posted to the official Chevrolet website before someone realized his or her mistake and quickly removed them. Fortunately, the good people at Camaro6.com took some (really tiny, low resolution) screenshots of the soft-top Camaro, providing us with a sneak peek at the new convertible model:

There are no major stylistic changes to speak of, but as far as we are concerned, the new Camaro looks pretty damn good with its top down.

Chevy’s only real promo for the upcoming convertible reveal was the super-short teaser video below. Although not very revealing, the clip does confirm that the convertible will feature a fully automated folding roof that retracts while in motion at the push of a button:

“Objects in motion should stay in motion, especially when dropping the top,” Chevrolet said. “There’s only one button between you and the sky. The most innovative Camaro Convertible ever will soon reveal all its secrets. Stay tuned. It all goes down 6/24/2015.”

Stay tuned—the new 2016 Chevrolet Camaro convertible will be fully revealed in all its topless glory tomorrow.