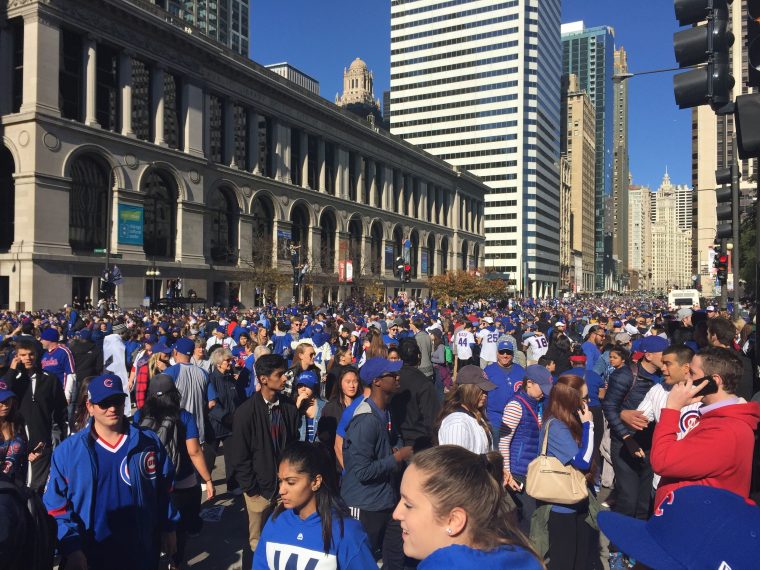 Have you ever wondered to yourself, “What if we lived in a world where instead of cars, society’s primary form of transportation was Cubs fans? What would that be like?”

Well, you no longer have to use your imagination. Here is an artist’s rendering of what everyday life would look like if, instead of automobiles, our roads were filled with literally millions of Cubs fans: 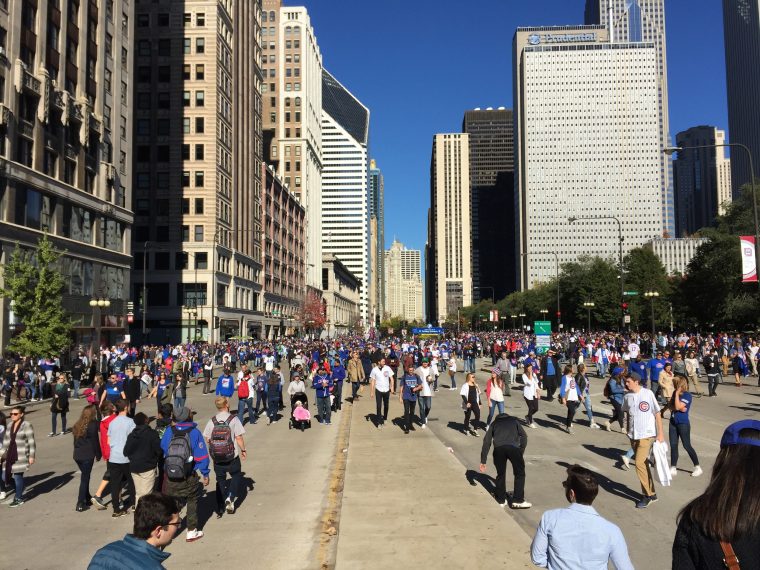 That may not seem so bad to you, especially if you’re a baseball fan, but imagine if the Cubs fans became especially crowded on our major roads and arteries—like, for example, Michigan Avenue in downtown Chicago.

Just get a load of this traffic jam: 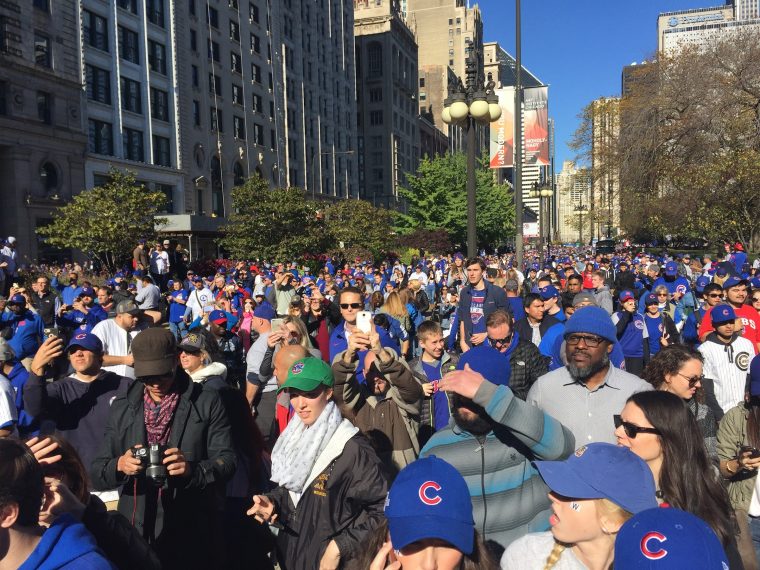 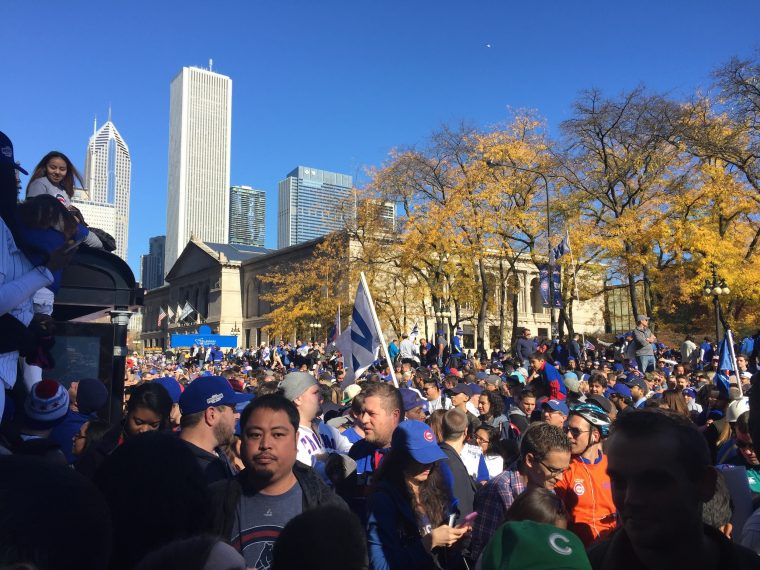 Imagine the type of “road rage” you might experience if you came to a complete standstill while stuck in this type of congestion—especially if you were desperately trying to get to a World Series parade that you were supposed to write an article about, but were literally unable to move, trapped in a claustrophobic nightmare of wall-to-wall, person-to-person gridlock.

Imagine how frustrating that would be. 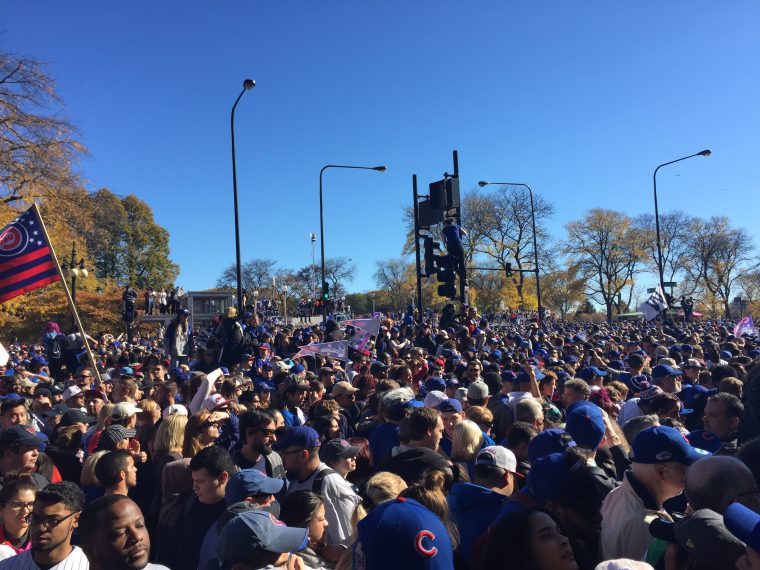 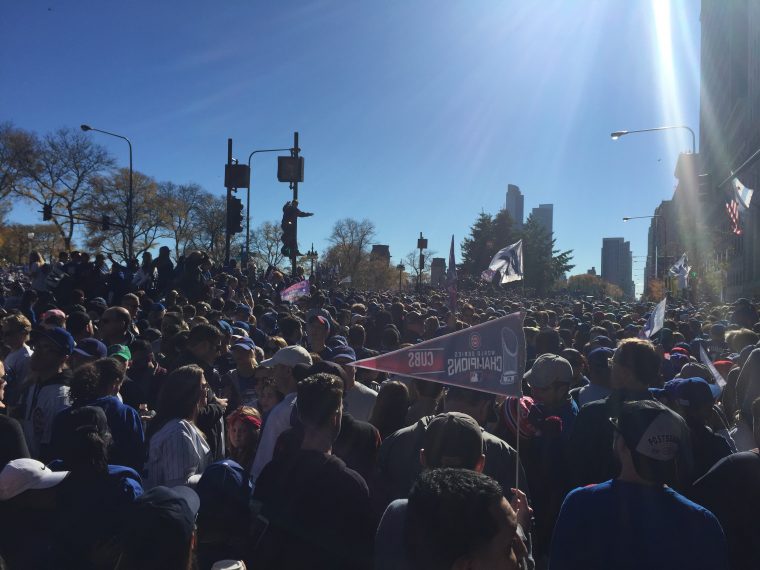 And unlike cars, Cubs fans would be allowed to spill onto the sidewalks, perch on the tops of subway entrances, and even climb and cling to the sides of traffic signs.

Already inherently slow, Cubs fan-traffic could also just come to a screeching halt at any moment, perhaps to acknowledge, say, the singing of “Go Cubs Go,” or the formation of a spontaneous drum circle. 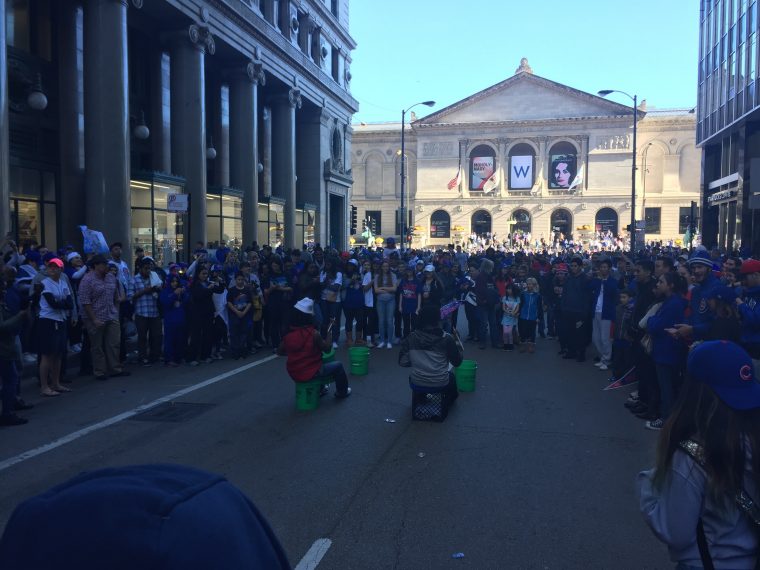 Rather than use unleaded gasoline like most cars, Cubs fans would be fueled by a mixture of fast food, pungent blunts, and tallboys of Old Style beer nestled in brown paper bags.

At the outset, this would seem to be a more environmentally friendly form of energy consumption than the burning of fossil fuels, though it would undoubtedly lead to massive amounts of waste and garbage. 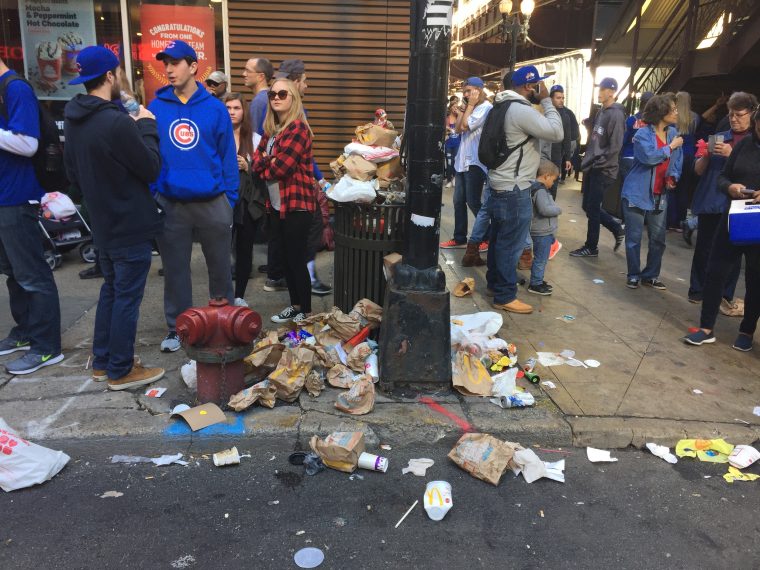 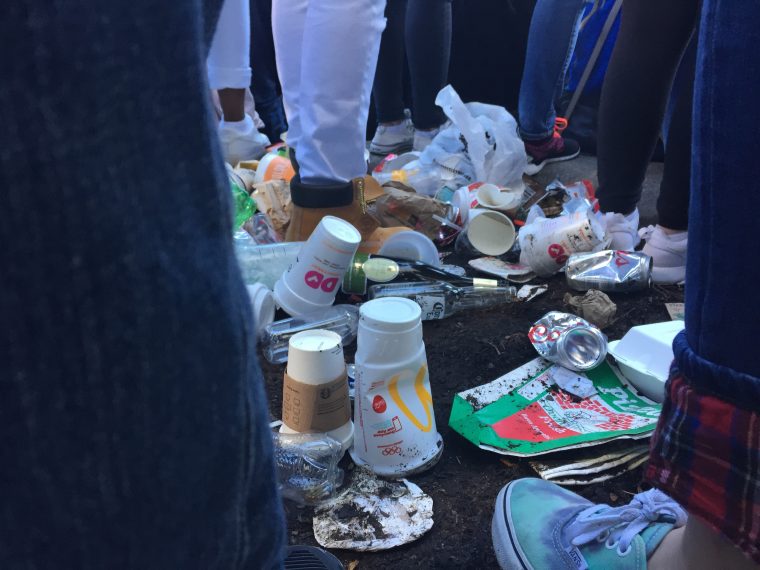 Yes, this is what the world would be like if cars were replaced with Cubs fans.