Behold, the smart ForTwo Electric, the smallest and cheapest of the mainstream market’s electric vehicles. 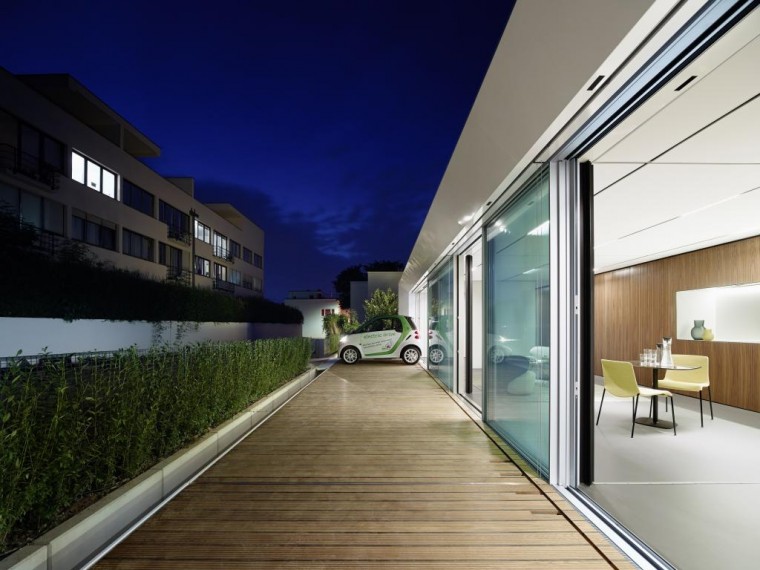 It’s that little thing in the middle, there

When it rolls out of the factory, this 9-foot city car is propelled around by a 55 kW motor which fights mightily and gives the driver 74 hp and 96 lb-ft of torque. Its range comes in at an EPA-estimated 68 miles, and last month, the Germans (remember, smart is owned by Mercedes-Benz) sold a grand total of 22 of these things in the US. Inside, the smart ForTwo Electric comes with such advanced features as a coin holder and air conditioning, while on the outside impresses with power heated mirrors and 15-inch wheels.

So, for the car enthusiasts, that begs just one question: what would it take to do burnouts and donuts in that tiny thing?

The good people at Hoonigan figured it out, and a grateful nation thanks them.

Man, it takes a lot to get that thing to slide. Even after completing the secret car handshake to turn off the traction controls, they still needed to douse the little thing’s tires in shoe shiner and WD-40 to get it to whip around.

Then again, once it did, I can’t deny a small feeling of ridiculous glee. It reminded me a lot of that Suzuki Mighty Boy with the LS engine swapped in.

I wonder if they would be up to doing an EV with a bit more oomph—I hear that Chevy just came out with one that is available.