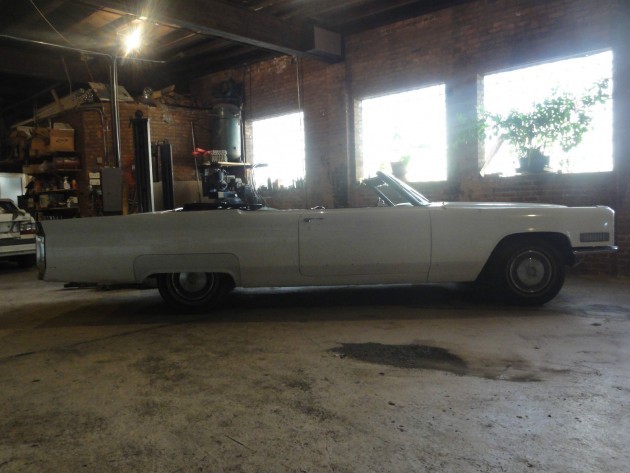 Did you see the 2014 fantasy-neo-noir Lost River? No? Well, you’re in good company.

The movie was panned by critics, and saw a very limited release. So why would you want to own a car that was featured in such an obscure picture? Because the movie was written and directed by super-hunk Ryan Gosling, and owning it would remove one more degree of separation between you and him.

AutoBlog has discovered that a 1966 Cadillac Eldorado that was featured in the film is currently for sale on eBay. It was actually piloted in the movie by actor Matt Smith, who has his own considerable share of infatuated fangirls; having played the sexy, bow tie-clad Eleventh Doctor on Doctor Who.

The seller is only asking for about $4,000 for the vehicle (or, about one-eighth of the Lost River’s total $33,050 box office grosses). Of course, it may need a little work. According to the seller’s listing, the exhaust leak, front door wood trim, AC compressor, and front seat all need to be repaired, and the carburetor might need to be rebuilt. So, uh… it’s a project!

Of course, if we had our pick of the litter when it came to Ryan Gosling movie vehicles, we’d choose his 1973 Chevy Malibu from Drive. But that’s probably a little bit pricier…