Highway Houdini: This Goat Is, Well, the G.O.A.T. 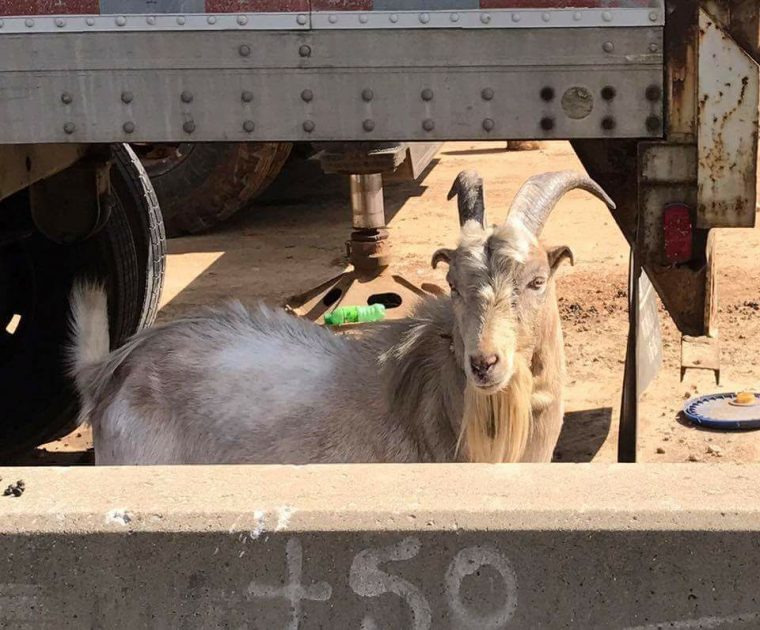 Photo: Houdini, the I65 Goat

Was that a big white goat you just saw next to the highway? If you’re driving down Interstate 65 in Kentucky, the answer is probably yes.

Houdini the goat can sometimes be spotted near Exit 81 in Sonora, south of Elizabethtown. One of his favorite spots is near a bridge that spans the Nolin River.

Houdini got his name from Kentucky State Police dispatcher Jodi Shacklette, who noticed that he came and went as he pleased, and sometimes vanished for long stretches of time.

Shacklette told The News-Enterprise that she gets calls about the elusive goat all the time from motorists concerned about his safety.

Authorities have tried to catch Houdini, but they’ve never been able to get their goat — instead, he’s gotten theirs. 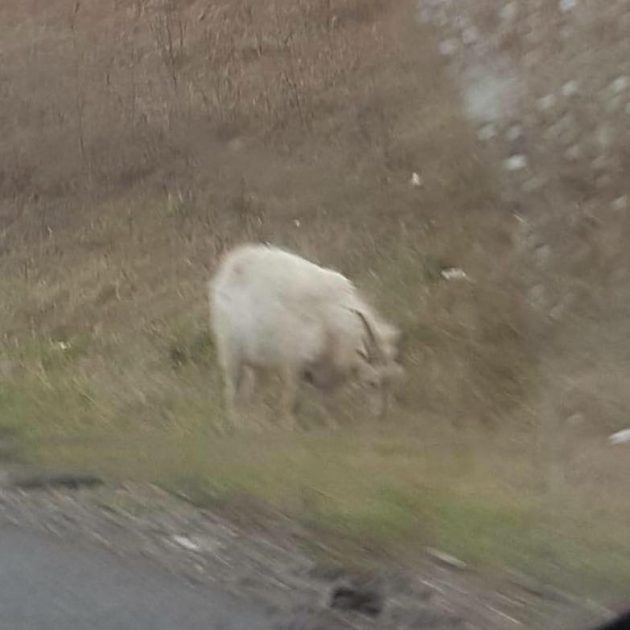 Houdini the goat can often be spotted along Interstate 65 in Kentucky.
Photo: Houdini, the I65 Goat

Nobody knows where Houdini came from, but he’s adopted the stretch of I-65 as his own. He makes sure to stay off the highway itself, refusing to be the scapegoat for any crashes.

Houdini’s fame is rapidly spreading beyond Kentucky — no ifs, ands, or head-butts about it. Local teacher Tom Pitt runs a Facebook page dedicated to Houdini, where motorists from all over post photos of the goat in his interstate habitat.

So far, the page has collected more than 25,000 likes. Pitt has even begun using it to bring in donations for St. Baldrick’s Foundation, which funds childhood cancer research.

With his online notoriety going toward a good cause, it seems Houdini has found yet another way to stand out from the herd.