History Becomes Reality: The 5 Most Important Vehicles in the Civil Rights Movement

Op-Ed: A Discussion of Yesterday's and Today's Racial Tensions 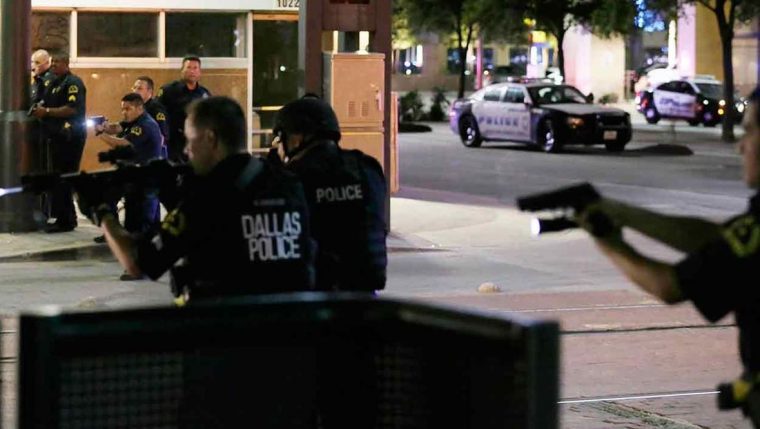 Police faced off with multiple shooters in Dallas after a peaceful protest turned violent, resulting in the death of five officers and the wounding of multiple more
Photo: Twitter

Early Tuesday morning, the family of Alton Sterling woke to the news that their father, significant other, friend, and family member was dead. Late Wednesday evening, the girlfriend and the daughter of Philando Castile watched as he bled to death after a seemingly routine traffic stop, catching it all on film. And now, just last night, the spouses and children of five Dallas police officers woke up to discover that their loved ones would not be coming home.

These seven people who have died within the past week are just the most recent in a long string of unnecessary deaths in our country that are the result of clashes between black men and police officers. They join a long list including Michael Brown, Rafael Ramos, Dontre Hamilton, Wenjian Liu, Nicholas Thomas, Sonny Kim, and Freddie Gray. And the list goes on and on. The number of men who have died because of a combination of racial tensions, fear, and hostility is only growing and will continue to do so until everyone in the country can come to an accord. 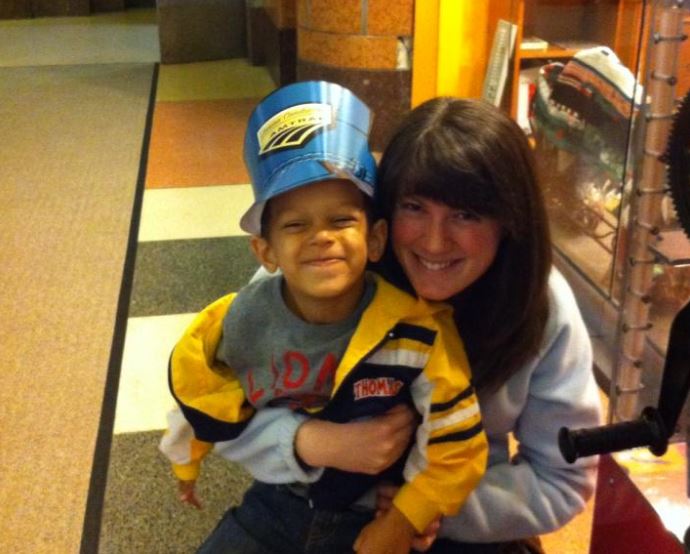 There are no sides. It is not a case of either/or. The majority of those seeking justice for men like Alton Sterling and Philando Castile aren’t celebrating the deaths of the five police officers in Dallas, just like the majority of people mourning the deaths of these police officers aren’t celebrating the passing of Alton Sterling and Philando Castile.

Right now, we are a country divided. We are heading down a path that is nearly identical to that of the Civil Rights Movement. We have been through this before, America. We have seen this violence already, fought for equal rights amongst all races, and seen the lives of people who are loved extinguished in front of our eyes.

And, like during the Civil Rights Movement, we have video evidence of violence from both sides. Grainy photos and videos from protests during the 1960s are replaced by the grainy photos and videos of modern-day cell phones. In each frame of each film, people are losing their lives. Guns are being fired, bombs detonated, and the violence is getting increasingly worse.

Violence divided our country then, and it’s dividing our country once again. As the mother of one of Alton Sterling’s children said in a statement through her lawyer, “Responding to violence with violence is not the answer.”

Because in truth that is all it comes down to. Respect. Respect for each other, regardless of the color of one’s skin, the religion one practices, or the political beliefs one holds. The country we live in is a beautiful one, but it is being marred by the ugliness of our own actions—from the appalling act of a single man in Orlando to the repeated murders of black men and police officers across the United States.

I love the United States. I love living here, in the land of the free and the home of the brave. But the love I have for my country is being twisted and tarnished as the people who live here continually treat those who have views deemed “different” as lesser humans. Respecting others viewpoints, respecting others skin color, and respecting others political views is no longer a priority. Instead, speaking louder than those who voice opposing opinions is the common modus operandi, rather than shutting up and listening to other views—views that you don’t have to agree with, merely listen to.

This country needs to change, and it needs to change quickly. We must unite with one another and come together as a country again before our differences tear us apart forever.

And now, because this is The News Wheel and, therefore, I have to make this about cars, here are five of the most important vehicles from the Civil Rights Movement. 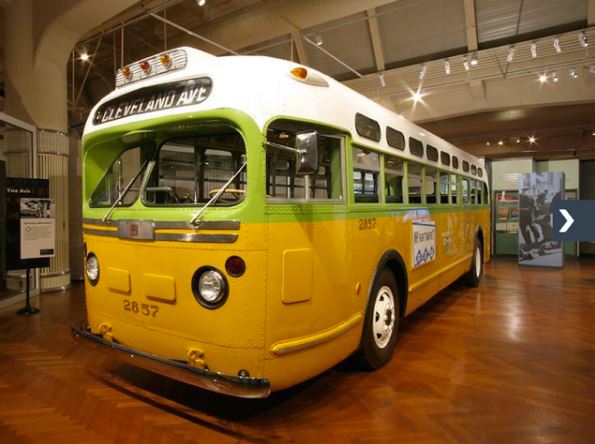 One of the most iconic stories of protest from the Civil Rights Movement is that of Rosa Parks. When the then 42-year-old black woman refused to obey a bus driver’s order to give up her seat for a white man, she made history and became known as the first lady of civil rights. The exact bus she sat on during this historic moment is now featured at the Henry Ford Museum. 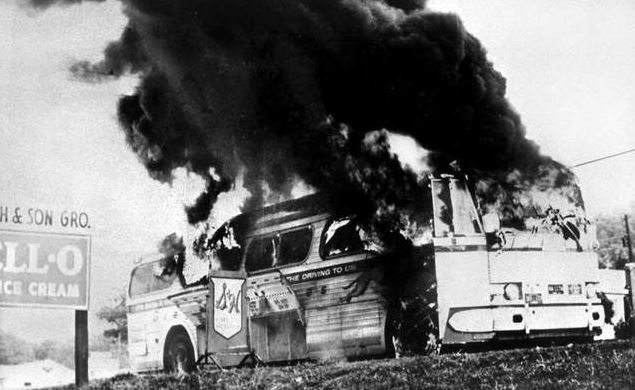 As the Freedom Riders’ Greyhound bus entered Anniston, Alabama on May 14, 1961, it was attacked by a mob of Klansmen. This mob not only slashed the tires of the bus at the bus station, but then proceeded to firebomb it as it left the town. As the riders escaped the burning bus, they were beaten. This caused the bus to become an icon in future Civil Rights protests. 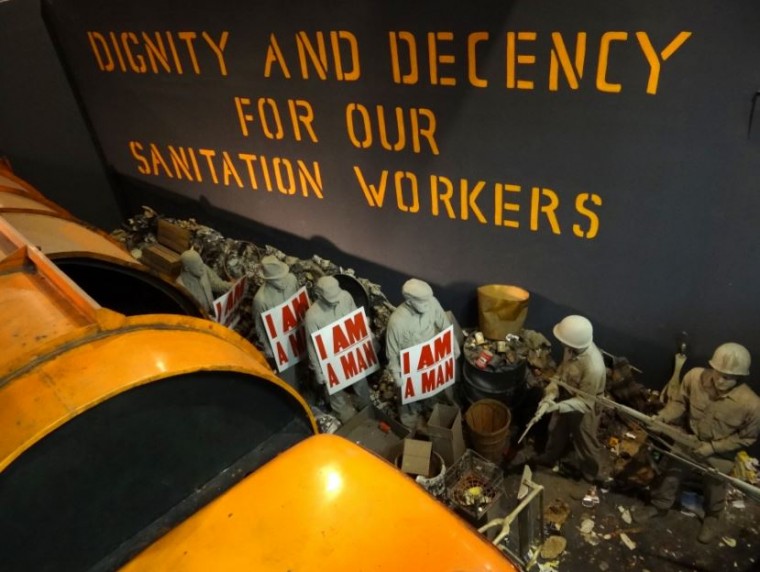 In 1968, the deaths of Echol Cole and Robert Walker, who were killed by a garbage truck, started the Memphis Sanitation Strike. This strike was held due to the poor treatment, discrimination, and unsafe working conditions for sanitation workers at the time. Martin Luther King Jr. attended a march in support of this strike, which was his last march before his assassination on April 4th. 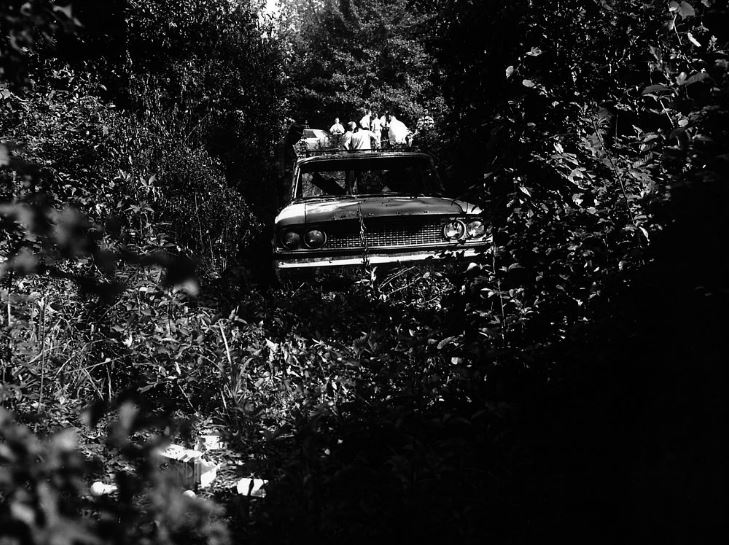 This vehicle was the site of the murder of three civil rights workers: James Chaney, Andrew Goodman, and Michael Schwerner. These three men were chased down in rural Mississippi on June 21, 1964 and murdered, leading to an extensive FBI investigation that uncovered widespread conspiracy and corruption. It was the death of these three men that helped pass the Civil Rights Act of 1964 and the Voting Rights Act of 1965. 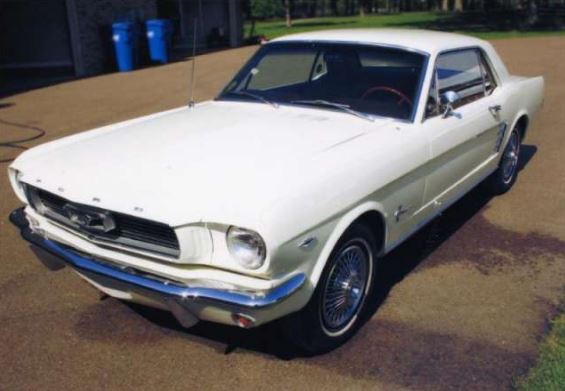 On the morning of April 4th, 1968, a shot rang out, signaling the death of Martin Luther King Jr. James Earl Ray, the man who fired the fatal shot from a boarding house across the street, fled to his getaway car, which was a white 1966 Ford Mustang. This car has become the symbol of the end of Martin Luther King Jr.’s life, though his influence on the Civil Rights Movement and history still resides.