Holden Acadia Arriving Down Under Later This Year

The GMC Acadia is almost set for its Australian debut as the Holden Acadia.

General Motors’ Australian subsidiary, Holden, will offer the Acadia in its lineup toward the end of this year, nearly two years after it was first announced. It’s the first time Holden has brought a GMC vehicle to the country.

Holden is confident that the seven-seat Acadia will be a hit in Australia. That market that’s increasingly embracing SUVs for their size, spaciousness, and wide range of features. The Acadia is the second GM SUV to hit Australia recently, following the introduction of the Chevrolet Equinox at the end of 2017.

“Nobody does SUVs better than General Motors and GMC. Acadia ticks all the boxes and more,” said Phil Brook, vice president of Buick and GMC marketing. “It’s proved very popular here in the U.S. and will be a perfect fit in Australia, too. It has a premium feel, outstanding quality, a strong road presence, plenty of cutting-edge technology and enough room for seven adults. It’s a fantastic all-rounder.” 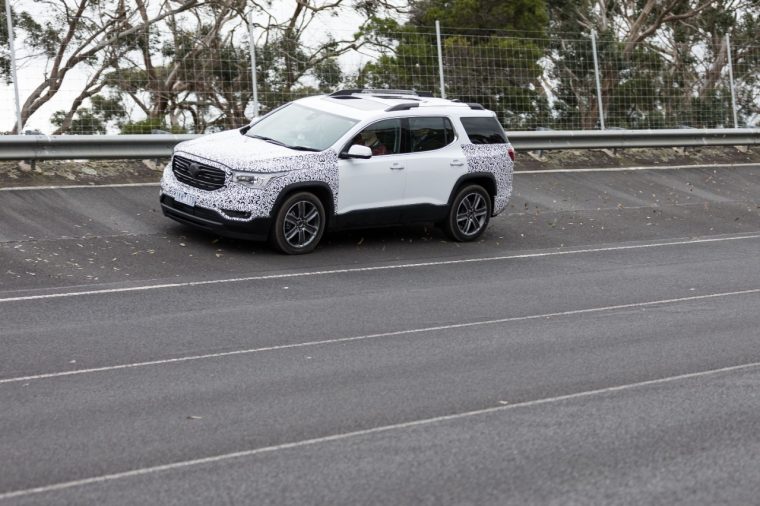 The Holden Acadia was developed by Australian and American engineers. It’s designed to provide more direct steering and a more composed ride that will appeal to the Australian market.

Holden is also testing a fleet of 14 Acadias with extensive real-world trials ahead of the SUV’s launch. Altogether, they’ll be subject to nearly 1 million miles of tests. The goal is to make sure the Acadia can handle the tasks and driving conditions that Australian drivers will put it through.

Holden says the Acadia project is an example of the strong relationship it enjoys with parent company GM. Holden has brought the best vehicles from GM’s lineup to Australia, accompanied by significant investments. It’s also contributing key engineering and testing functions to GM’s larger mission.

Road Trip Essentials: What to bring along on your next adventure