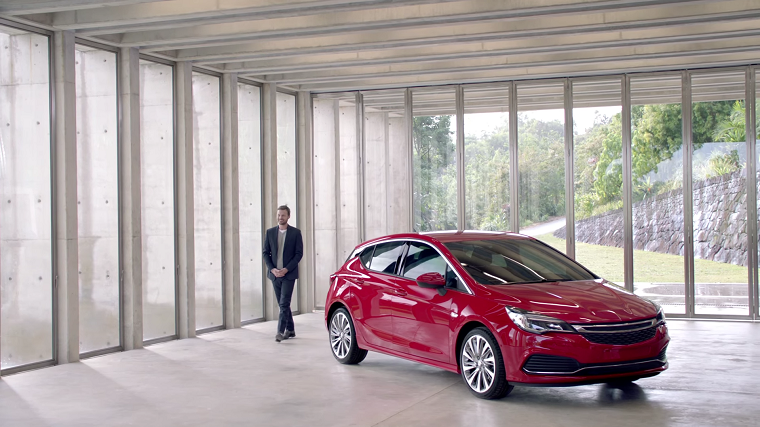 If you live in the United States and watch TV or occasionally browse YouTube for interesting ads, you’ve probably come across one of Chevrolet’s polarizing “Real People Not Actors” commercials. If you live in Australia, where GM enjoys its status as the biggest automotive brand under the Holden badge, it’s less likely that you have.

However, you’ve probably seen something similar: three months ago, Holden launched a new commercial that thoroughly embraced the “Real People Not Actors” formula, though those actual words were modified to say “Real People Real Reactions” instead (it’s possible GM has learned from its mistake after one of our very own editors investigated the claim and found that Chevy’s commercials did feature several actors).

In any case, the Australian take on the commercial, featuring a Holden Astra (known as the Vauxhall Astra in the UK and the Buick Excelle XT in China) is a step up from Chevrolet’s implementation. Though the formula is the same—“real people” take a look at a de-badged car, try to guess what brand it is, and act super amazed when the badge is revealed—there are two key differences that make the Holden ad an improvement.

First, the host actually seems like a decent bloke and not like the smuggest man on the planet, which alone makes the ad more bearable to watch. Second, the guests aren’t shown making ridiculous guesses at what the brand of the car could be; their guesses, such as Renault and Citroën, are actually reasonable, unlike the people who somehow believed a de-badged Chevy Malibu was an $80,000 Lexus or an Audi.

There’s still a general atmosphere of forced enthusiasm, and it should be noted that the host introduced the Holden as a European car even though it isn’t, which probably influenced their guesses, but at least the whole thing is somewhat watchable, even though the overall tone still comes off as a little condescending.

It’s a shame because GM actually makes decent cars. They just don’t seem to understand the millennials they are targeting want honest commercials, not fake commercials so obviously contrived to seem honest that they end up having the opposite of the intended effect. Plus, the fact that they always set up the ads to show people believe a good car couldn’t possibly be made by GM ends up reflecting poorly upon the automaker.

So come on GM—you can do better.