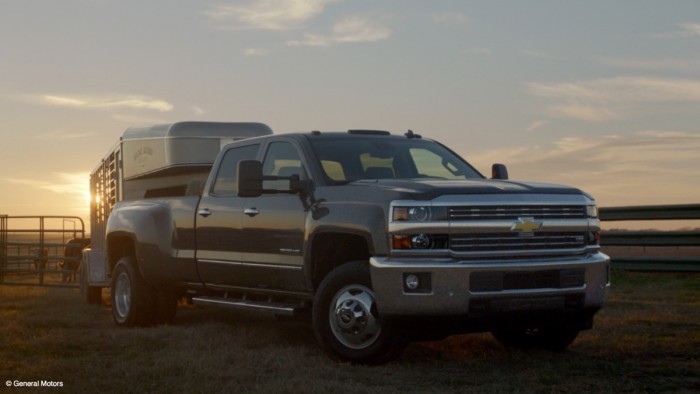 This year’s Super Bowl is missing something. Sure, it’s got seahawks and broncos and pigskins (oh, my), but those animals don’t truly get at the meat of things. That’s where the cows and their beloved bull come in, in the all-new 2015 Chevy Silverado HD Super Bowl ad, which will premiere during—you guessed it—the Super Bowl this Sunday, February 2nd.

“We like how ‘Romance’ uses humor to show the power and capability of the truck and the interesting demands our customers place on their heavy-duty trucks,” commented Tim Mahoney, Chevrolet’s global chief marketing officer.