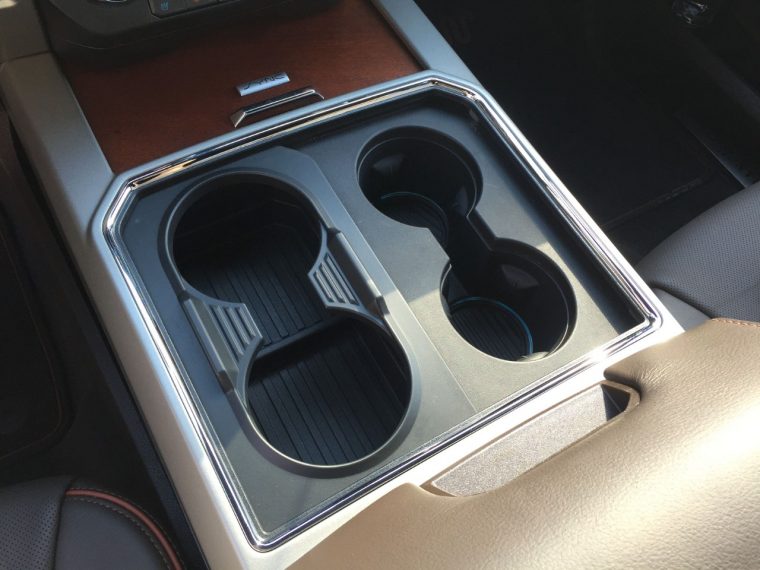 The arrival of a tougher, smarter, and more powerful Ford F-Series Super Duty has been anticipated for some time now, and the automaker has been good about trickling out pertinent details leading up to its launch this fall since revealing it in full last fall. Recently, Ford gave up the goods on performance, revealing that the new Super Duty would feature best-in-class fifth-wheel towing, payload, diesel horsepower, diesel torque, and gasoline torque.

Now, Ford is revealing arguably the single-greatest feature coming to the 2017 Ford F-Series Super Duty. A feature so bold, so innovative, and so unbelievably exciting that anyone on the fence about grabbing up a next-gen Super Duty is sure to run right out and plunk down some pre-order cash.

That’s right. Like the 2017 Fusion and 2017 Escape before it, the 2017 Ford F-Series Super Duty is getting new cup holders. Let the awesomeness wash over you.

Got a Flat: 12 easy-to-follow steps for changing a tire

Ford patented a new four-barrel cup holder design that rests between the front seats and serves the dual function of storage bin. If one only has need to hold two cups, a cup holder panel slides over to the right side, making the left half of the compartment a complete storage bin with removable divider panel for smaller items.

By enabling the console to hold four drinks, the total number of cup holders in the 2017 Super Duty reaches an astounding 10. Ten drinks, people. This is a 10-drink truck. 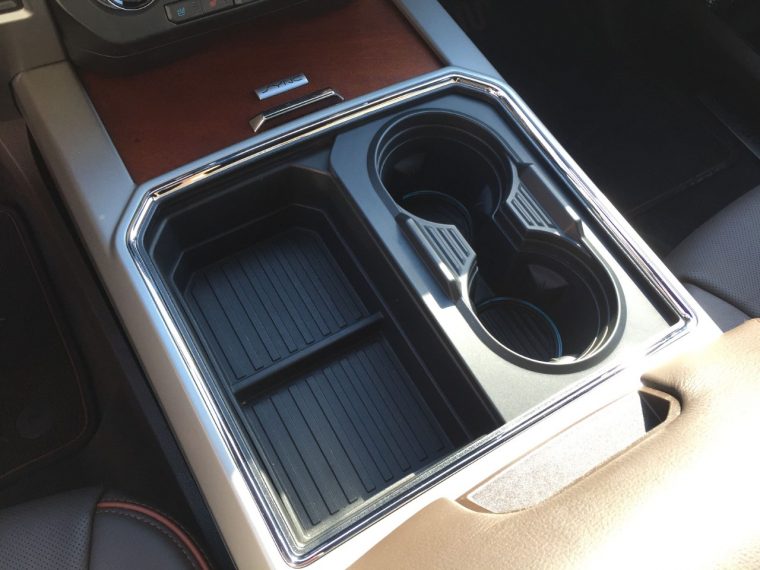 The new Super Duty is arriving this fall, and it is gonna hold all the drinks.

Also Coming Soon from Ford: Four reasons to get pumped about the 2017 GT