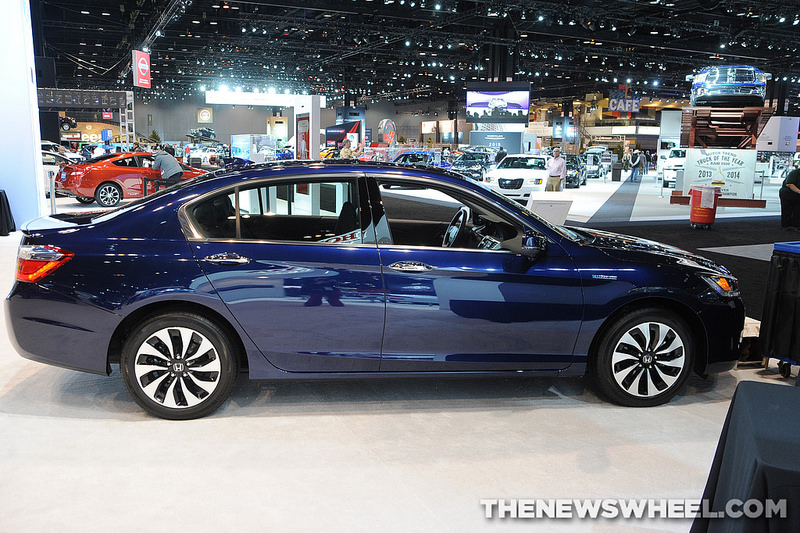 The Honda Accord (shown here at the Chicago Auto Show) was named KBB’s Best Mid-Size Sedan.

Kelley Blue Book handed out their annual 5-Year Cost to Own Awards last week at the 2014 Chicago Auto Show, and the 2014 Honda Accord reigned supreme as their 2014 Best Mid-Size Car. Not only was the Accord the clear winner by a margin of nearly $2,000 less than its closest rival, but KBB’s editors made it a point to mention that “the Honda Accord is untouchable.”

From KBB’s assessment of their choice for 2014 Best Mid-Size Sedan: “The 2014 Honda Accord is the ablest car in a time of insanely able midsize cars. For the time being, at least, the twin virtues of high value and low cost-to-own don’t have a more capable representative.”

Facets of a car’s value taken into account by Kelley Blue Book for their 5-Year Cost to Own Awards include prices across all trims, projected depreciation, assumed fuel costs for the average annual mileage, finance and insurance fees, state registration fees, and maintenance and repair costs.

Additionally, MotorWeek named the 2014 Accord Hybrid its Best Eco-Friendly vehicle in their yearly Drivers’ Choice Awards. The Accord also earned the top safety scores possible from both the Insurance Institute for Highway Safety (IIHS) and the National Highway Traffic Safety Administration (NHTSA), making it one of the savviest and most sound vehicles on the road today.

Even in Honda’s superior safety-rated lineup, the Accord is a standout, and the KBB-granted distinction of 2014 Best Mid-Size Car is simply further evidence to that end. For more winners from the 5-Year Cost to Own Awards, check back in with us here at The News Wheel!