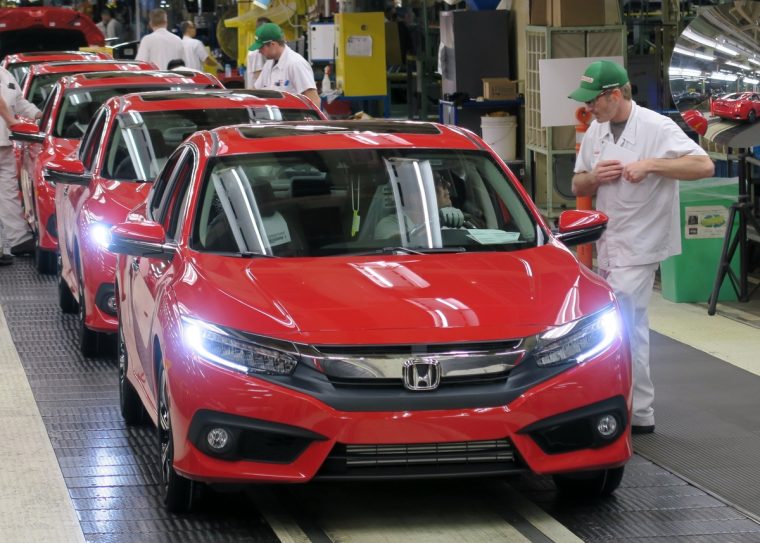 One of the first production 2016 Honda Civic Sedans rolls off the assembly line in Alliston, Ontario

For the first time in 43 years, production of the Honda Civic will be led by North American manufacturing operations. Today, Honda of Canada Mfg. (HCM) in Alliston, Ontario, officially kicked off the global start of mass production of the all-new 2016 Honda Civic Sedan, which will go on sale in the US and Canada this November.

It only makes sense that the Civic now calls Canada its home, as it has been the country’s best-selling car for 17 straight years (and America’s most popular compact car for the last 9 years).

“This 10th-generation Civic will set a new benchmark in the compact class with fun-to-drive performance, fuel efficiency and safety performance, together with a new level of refinement,” said Dan Smith, president of Honda of Canada Mfg. “Our team also set a new benchmark, taking on the incredible challenge of being the lead plant for the global launch of this new Civic, and we’re committed to delivering world-class Civic quality for our customers here in North America and around the world.” 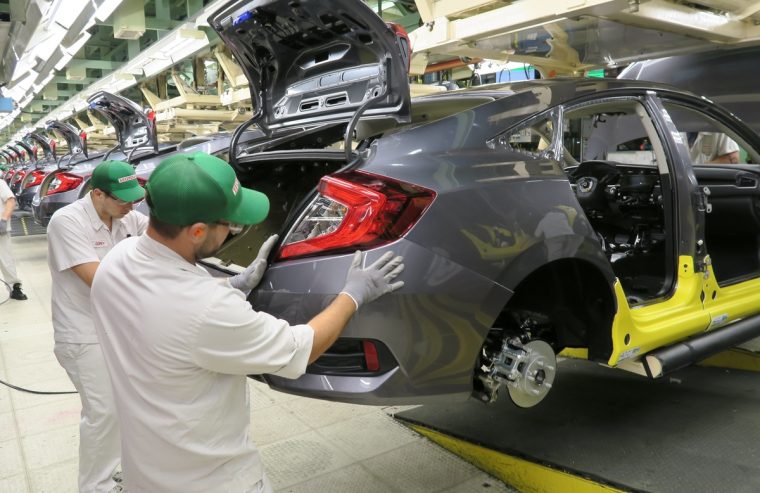 Other 2016 Honda Civic Sedan and Coupe models for North American markets will be produced at the automaker’s facility in Greensburg, Indiana, while the model’s all-new turbo engine will be built at the Honda engine plant in Anna, Ohio.

All told, 11 Honda plants worldwide will build the new Civic model, with the HCM in Ontario developing the manufacturing processes and technologies that other facilities will follow.

The tenth-generation Civic will also be available in 5-door hatchback, Si, and Type R models, though Honda has yet to set a release date for those variants, or disclose anything about their production.