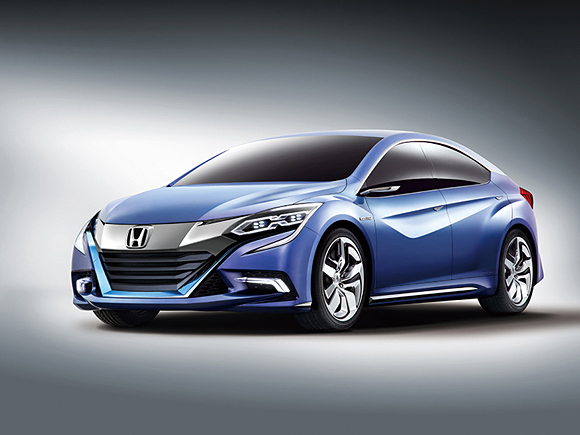 The strangely-named Honda Concept B Hybrid

Usually when an automaker brings a new concept to a major auto show, they’ll be sure that it is equipped with a name that is alluring or intimidating or even just so damned confusing that you can’t help but want to talk about it. Honda, on the other hand, has likely decided that their five-door concept should let its look do all the talking for it. At least that might go some way toward explaining why they opted with the name Concept B Hybrid.

Don’t get us wrong here: the Honda Concept B Hybrid looks pretty badass for what they call a “new-value concept.” Its design manages to be clean and simple while simultaneously coming across as “advanced and cool-looking.”  Still, why not opt for something more futuristic like Neuromancer, Konrad, or Tessier-Ashpool?

No matter. The Honda Concept B Hybrid looks more like an “A+” with its bold face and unique rear. It is said to be powered by a hybrid powertrain that incorporates a 1.5-liter four-cylinder VTEC engine and a seven-speed DCT. Apparently, the system is called FUNTEC. What, now all of a sudden you’ve got names, Honda?

Oh, and what’s also different about this concept: they’re actually planning on making it. The production version of the Concept B Hybrid will be manufactured for younger, hipper drivers in China and will likely be exclusive to that country. Auto Blog argues that a similar model would be a great replacement for the Insight, while Jalopnik says it would make a decent successor to the Integra. We personally don’t care what it’s supposed to be so long as it makes its way over here sooner or later.

What do you think: would you drive a Honda Concept B Hybrid by any name?