Honda Creates Singing Cats Commercial to Freak Out the Squares 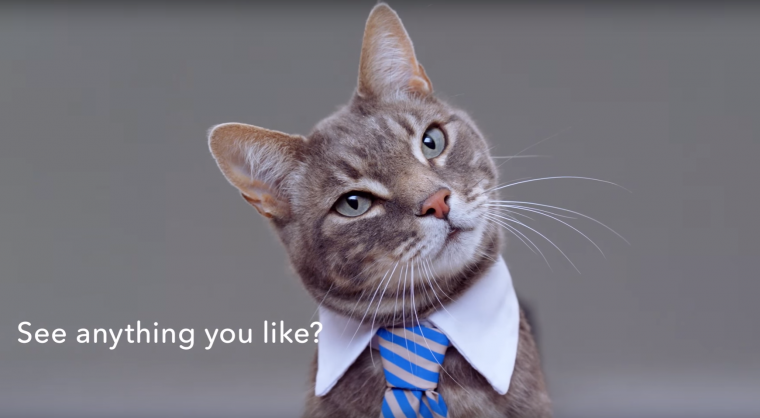 If you’re a narc, don’t even bother watching this new Honda commercial. It’s a bit too “far out” for you, man.

This trippy, surreal, adorable 30-second spot for the 2016 CR-V, which features a choir of cats singing “Head Over Heels” by the Go-Go’s, might be “too weird” for those who have never had their consciousness properly expanded.

Much like the new Civic, this ad is not for squares. Take a look:

So… what exactly is going on here?

Has Honda hired Sir Andrew Lloyd Weber as its new marketing director? Or perhaps the guy who came up with that old Meow Mix jingle?

Actually, the answer is a little more reasonable than that. It turns out that today, August 8th, is International Cat Day (uh oh, don’t tell me you forgot to buy a gift for Whiskers).

So to celebrate, Honda essentially parodied one of its own “Now Is the Moment” summer clearance commercials, which show car customers experiencing pop song-inspired “love at first sight” when they discover their new Honda. This feline-friendly version, titled “Meow is the Moment,” is basically a shot-for-shot remake of this “Now is the Moment” commercial…except, you know, with cats.

Of course, this isn’t the first time that Honda has dabbled in the field of singing animals. The automaker’s 2016 Super Bowl commercial for the redesigned Ridgeline featured a flock of sheep rocking out to Queen’s “Somebody to Love,” so this is pretty much old hat for the brand.

If Honda was hoping to appeal to the internet, the evolution from singing sheep to singing cats was a step in the right direction.