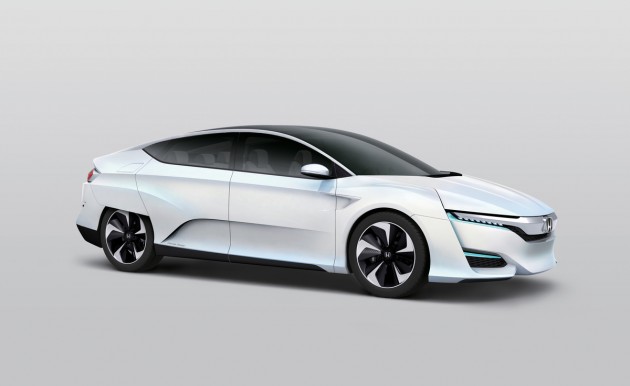 The new Honda FCV Concept, which was unveiled yesterday in Japan

On Sunday, the Honda FCV Concept had its world premiere in the automaker’s home country of Japan. The car manufacturer’s new fuel-cell vehicle concept is intended to arrive at Japanese dealerships in March of 2016, followed by launches in Europe and the US.

Showcasing the next evolutionary step in the styling of Honda’s fuel-cell vehicle, the Honda FCV Concept’s body is low, wide, and distinctively designed for improved aerodynamics. The new powertrain fits completely in the vehicle’s front engine compartment, which allows for more cabin space than was offered by its predecessor, the FCX Clarity (the world’s first production fuel-cell vehicle). The FCV provides seating for up to five passengers. 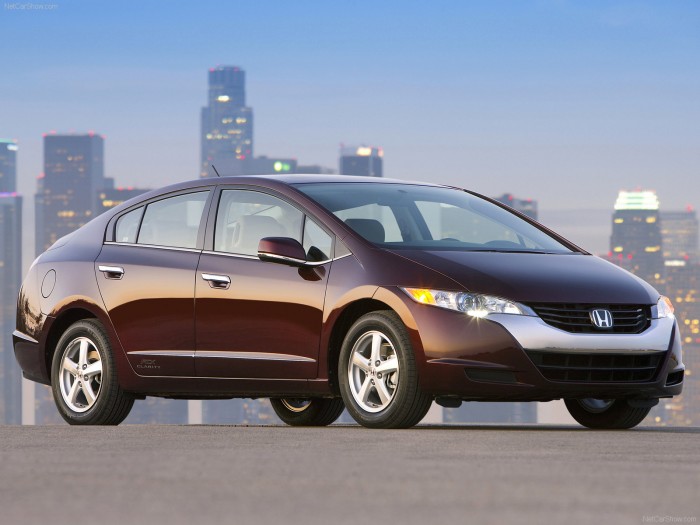 The Honda FCX Clarity, which was the world’s first production fuel-cell vehicle

Improvements to the FCV Concept’s fuel-cell stack have produced more than 100kW of power output. The stack size itself is 33% smaller than the FCX’s, while the new concept’s power density has increased by 60%, and is now 3.1kW/L. Honda is planning for the production model FCV to come with a driving range that exceeds 300 miles, and is also aiming for a speedy refueling time of three to five minutes at a pressure of 70 MPa.

Additionally, the FCV Concept comes with an external power feeder called the Honda Power Exporter, which could act as a generator to power your home in the event of a natural disaster, such as a tsunami (probably a bigger selling point in the Japanese car market than the American one).

No word yet about the performance capabilities of the Honda FCV Concept, or how many ponies Honda is ultimately shooting for when the model launches in 2016.