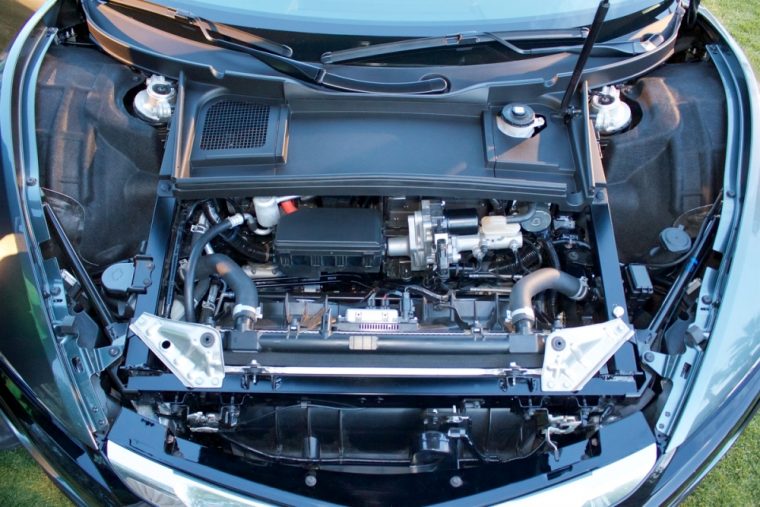 Honda has picked up another award, this time for the 3.5-liter gasoline-electric V6 hybrid powertrain found in the NSX hybrid supercar.

The motor was named “Best New Engine” at the 2017 International Engine of the Year Awards, presented by Engine Technology International magazine. The awards, now in their 19th year, are determined by a panel of experts from around the world.

The eligible powertrains were judged on characteristics that include performance, noise, drivability, fuel economy, and smoothness, with Honda’s NSX powertrain firing on all cylinders to earn the title of “Best New Engine.”

The Honda NSX powertrain development program was aimed at creating the most advanced high performance power unit in the world. Honda’s goal was to produce an engine with the best possible performance, but also wished to ensure that it was easy to enjoy and control.

One of the most significant challenges faced by Honda was integrating electric drive elements to create a truly high-performance hybrid vehicle. The result of the team’s efforts was an engine with instantaneous torque response, in which the electric motors are used to enhance every element of the car’s dynamic capabilities.

“It is a great honour to receive this award,” said Honda R&D Europe President Hayashi-san. “The NSX was developed as the pinnacle product of the Honda Motor Company, demonstrating Honda’s passion and commitment to providing a New Sports eXperience. We are delighted that the NSX has been evaluated so highly, and that it has won the award for the ‘Best New Engine’ of 2017.”

Auto Advice: Tips for sharing the road with bicycles