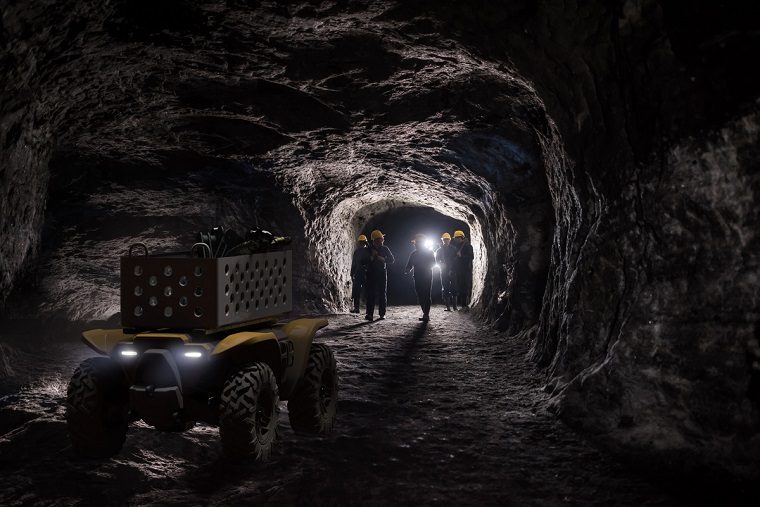 A new self-driving off-road Honda prototype called the Honda Autonomous Work Vehicle will be presented at CES 2019 in early January, where the automaker hopes to find additional partners to evolve the technology.

The Autonomous Work Vehicle is based on Honda’s four-wheel-drive ATV chassis and equipped with sensor-based autonomy and GPS that allow it to guide itself through virtually any environment. Honda believes it can have a variety of applications in supporting human work where robots cannot traditionally venture.

Its small size and rail accessory mount system make the Autonomous Work Vehicle extremely adaptable and maneuverable. It boasts onboard power plug-ins and can be equipped with “limitless accessories and attachments,” making it usable in various situations, urban pedestrian zones and dense forests alike.

Honda says it can also be programmed in different modes, including “Pattern,” “Follow Me,” and “A to B,” expanding its potential uses. So far, the automaker has successfully beta-tested the machine in three different environments: an agricultural and environmental sciences college in California, a wildland firefighting division in Colorado, and a large-scale solar operations company in North Carolina.

The Japanese manufacturer highlighted some of the challenges the vehicle overcame in each of these situations. For instance, firefighters commonly carry 60 pounds of equipment while navigating steep terrain. Using the “Follow Me” mode, the vehicle was able to autonomously follow the emergency responders with supplies, water, and equipment, allowing them to save their energy for the actual firefighting while minimizing the risk of injury.

Honda is still busy developing the prototype and discovering potential applications and partners, which it is seeking at CES 2019.

Which Honda Are You? Find your soul mate on wheels