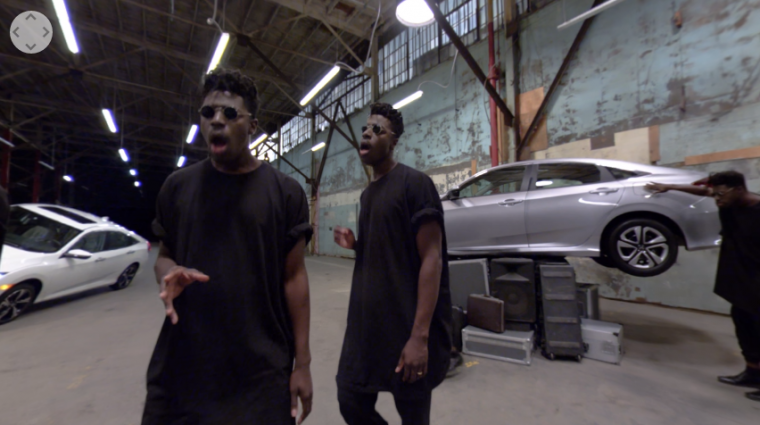 Some computer-generated imagery may be involved.

In terms of music videos that prominently feature Honda vehicles (an admittedly small subgenre), I would say that this doesn’t share the grand ambition of OK Go’s awesome “I Won’t Let You Down,” but then again, what does?

Titled “Music from Every Angle,” the video features Sumney singing his soulful folk song “Everlasting Sigh.” Set in a mostly empty warehouse, there are four 2016 Honda Civics (and countless Moses Sumneys) on display.

Sumney is not the first musical artist to make use of the redesigned Civic. In November of last year, Honda released a commercial in which the boys of One Direction (sans Zayn, sadly) put the new Civic through “extreme testing.” The 2016 Honda Civic was also the de facto tour bus for the fictional group Chemistry Class in the car commercial “Band.” And when the Civic sedan had its LA debut back in September of last year, Night Riots was on hand to celebrate the occasion.

What is it about this car that makes it such an inspiring muse for so many musicians?