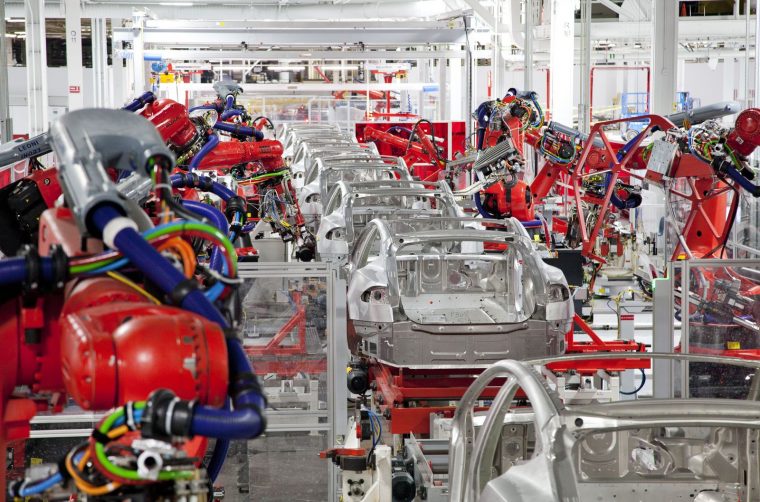 Automakers are divided over the topic of whether people or robots are best used in the process of assembling cars. Tesla, for instance, is trying to automate as much as it can.

“You really can’t have people in the production line itself,” said Elon Musk in 2016. “Otherwise you’ll automatically drop to people-speed. There’s still a lot of people at the factory, but what they’re doing is maintaining the machines, upgrading them, dealing with anomalies. But in the production process itself there essentially would be no people.”

Honda, on the other hand, believes that people are an indispensable part of the car-making process. In fact, its factory in Marysville, Ohio, hardly uses any more automation during final assembly today than it did when it opened in 1982: only about 20 robots.

“We can’t find anything to take the place of the human touch and of human senses like sight, hearing and smell,” Tom Shoupe, chief operating officer of Honda’s Ohio manufacturing unit, told Bloomberg in an interview.

The Marysville plant is responsible for producing the 2018 Accord, which was just named the 2018 North American Car of the Year at the Detroit Auto Show.

According to plant manager Rob May, robots aren’t smart or dexterous enough to accomplish certain tasks, such as reaching in and around suspension parts to place bolts where they need to go. He described how workers must sometimes use both hands to reach different bolts while operating in a tight, awkward space—and also visually inspect their work, all in the span of approximately 40 seconds.

“You have to have timing,” said James Erwin, who has worked at the Marysville plant for 15 years. “I don’t think robots can take over. They don’t have the manual dexterity or judgement that we have.”

This runs counter to the notion that robots are on the verge of wiping out countless manufacturing jobs. Nonetheless, the threat is still there—but if you’re one of the folk at a car factory worried about your job getting replaced by a robot, it seems you might be able to find a home at a Honda factory.