Honda is going all out for this year’s Super Bowl: in addition to buying ad time to give the all-new 2017 CR-V it’s television debut, the automaker is also sponsoring a unique way for fans to make their own game day snacks without having to take a trip to the grocery store.

Honda is teaming up with online retailer Amazon Prime Now and Buzzfeed’s global food network Tasty to provide “The Upgrade Presented by Honda.” From now until February 5th, users can go to https://www.amazon.com/gp/adlp/TheUpgrade to find unique appetizer recipes and then order the necessary ingredients straight from Prime Now, Amazon’s one and two-hour delivery service, which is available exclusively to Amazon Prime members in 30 cities across the US.

As of now, the two featured recipes are for a “Guacamole Canoli” and a “Cookies & Cream Empanada,” which both sound like menu items from that American Dad episode where Stan opens up a junk food restaurant that sells “Raisinet Carbonara” and “Mac & Cheese & Sweet Tarts.”

After the Super Bowl, “The Upgrade” will return from February 6-14 with new recipes for Valentine’s Day, including “No Bake Chocolate Raspberry Tarts” and “Creamy Slow Cooker Chicken.” 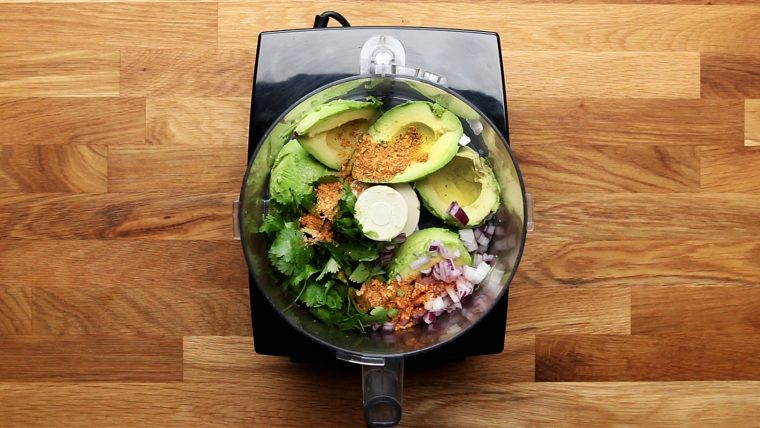 Thanks to Honda, all the ingredients you need for a “Guacamole Canoli” are just a click away

The free one-hour shipping makes this a pretty great deal, even if you’re not actually going to make the recipe, since you can choose which ingredients to order. Personally, I’m not an ambitious enough chef to make cookies and cream empanadas, but I would like an egg sandwich for lunch today, so I’m keen on getting a fresh carton of eggs within the hour and not having to leave my apartment (it’s, like, 30 degrees outside).

“We are thrilled to collaborate with Honda and Amazon to bring the power of these great brands to our highly engaged Tasty audience,” BuzzFeed Chief Revenue Officer Lee Brown said of the “Upgrade” service. “BuzzFeed and Tasty alike are all about bringing people together and creating a human connection, and we love when we can seamlessly integrate partners to bring Tasty further to life while also meeting our marketing partners’ needs.

“Plus, for the first time ever, thanks to Honda the ingredients for the exclusive Tasty recipes can be delivered to consumers via Amazon Prime.”

Go here to check out the recipes and order the ingredients you want. And if all you want is a dozen eggs, hey, that’s cool, too.

UPDATE 4:15 pm: Actually, it appears that there is a $20 minimum for Prime Now orders. So you can’t just order a carton of eggs when you don’t feel like going to the store. Unless that carton of eggs happens to cost $20 or more. But it doesn’t.

I ate ramen for lunch.