Honda Teases NeuV with “Emotion Engine” Ahead of CES 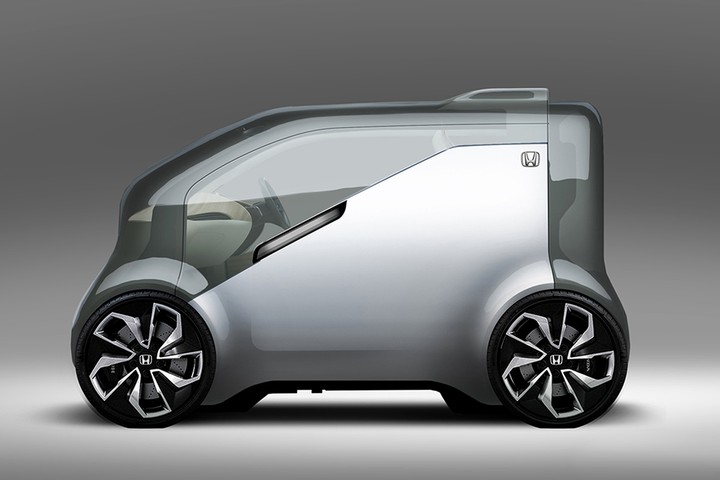 It’s officially auto show season, which means automakers go from being companies that manufacture cars to significant others who know you’re in the mood to see more but only give you a peek at the shoulder. That’s right—it’s time for auto show teasers. Ahead of the 2017 Consumer Electronics Show (CES) in Vegas next month, Honda has teased the above photo of what it calls the NeuV, which will be a part of the brand’s display at the show.

According to Honda’s very vague announcement, the NeuV is a “concept automated EV commuter vehicle equipped with artificial intelligence (AI) called ‘emotion engine’ that creates new possibilities for human interaction and new value for customers.” Either Honda is on to something big, or the writers in its pressroom have a serious case of word vomit. What the heck does an “emotion engine” even entail exactly? Beats us. Could it mean that the NeuV gets jealous when you decide to take your bicycle to work instead of your car? Does it mean that the NeuV will laugh when you tell really corny dad jokes to your disengaged children in the backseat? Will the NeuV be capable of, dare we say it, falling in love? (Because there are some really weird fetishists out there whose interest might have just been piqued.)

We will get our answers at Honda’s press conference at 11am PST on January 5, 2017, in the North Hall at 2017 CES. The theme of Honda’s display is “Cooperative Mobility Ecosystem,” and the emotion-engined NeuV will just be part of the interactive display, reportedly. According to Honda, the brand presentation will include a number of technologies that visitors will be able to demo, including technologies aimed at “reducing traffic congestion” and “creating new modes of in-car connectivity.”

That’s not all. Honda also promises an announcement on some new initiatives with startup companies, as well as established brands, to continue to improve the mobility experience. Yoshiyuki Matsumoto, President and CEO of Honda’s research and development arm, will also show off a concept motorcycle. Check in with The News Wheel for details on this and other presentations at CES.