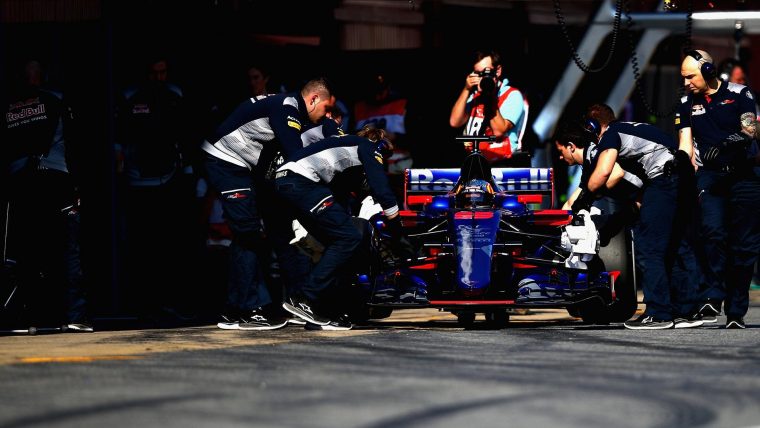 Honda and Scuderia Toro Rosso were ecstatic after the 2018 Bahrain Grand Prix, where the Formula One team earned its best-ever result of the new hybrid engine era.

But at the following race in China, the team failed to score any points, leaving both Toro Rosso and Honda scratching their heads at why the STR13 was suddenly so competitive, then suddenly not.

“I think the result in China came from the Toro Rosso Honda package,” said Toyoharu Tanabe, Honda F1 technical director. “I can’t tell if it’s exactly from the chassis side or the power unit side. So we need to understand and we need to investigate the cause.”

Varying performance across different tracks is not uncommon in Formula One, as some cars are better suited to specific types of tracks than others, though the difference is generally not as great as what Toro Rosso experienced between Bahrain and China.

Still, Toro Rosso remains positive about its partnership with Honda, with team principal Franz Tost claiming it is in the “best situation we have ever been—because we are now much more involved in the complete design process, regarding the car and how to fit in the power unit, how to design the cooling system, the exhaust system, where to put the electric boxes and so on.”

While some are ready to criticize Honda for any slump in Toro Rosso’s performance, it may be too much to ask the team, which has one of the lowest budgets on the grid, to do exceedingly well in the championship.

When its senior team Red Bull was running off to four consecutive titles from 2010-2013 with Renault engines, Toro Rosso never managed to place higher than eighth, and since 2014 it’s been a run of seventh place finishes with both Renault and Ferrari engines.

Toro Rosso is currently sixth in the 2018 championship, though it’s too early yet to know whether it will be able to hold on to that position. What we can know for sure is that Red Bull will watching the team’s performance closely, as it does not have an engine contract for 2019, and has all the data it needs to compare it the Renault unit.

Should Honda step up to the plate, we may yet see a Red Bull Honda team next year, which could very well set up Honda for championship wins.

Model Overview: The next-generation 2018 Honda Accord