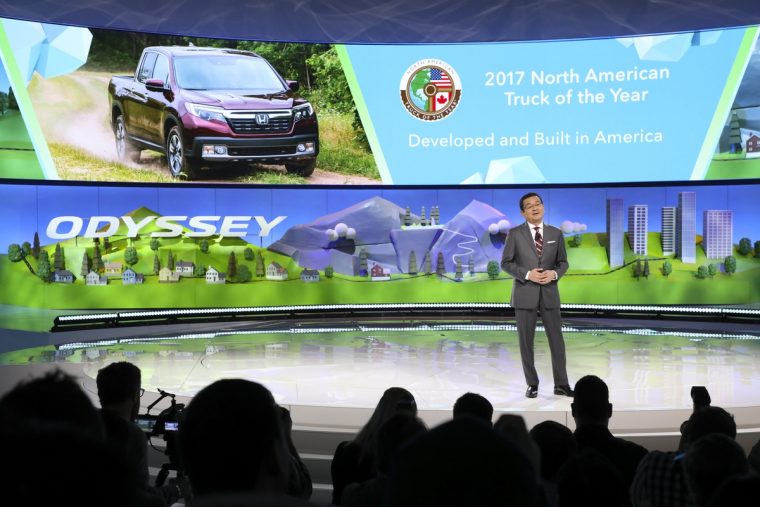 Honda CEO Takahiro Hachigo says the company will not adopt a common strategy among other car brands for tackling the rapidly approaching era of change in the auto industry. “We do have a sense of crisis, he told Automotive News. “Things are changing drastically. So we should not be late in responding. But,” he added, “It’s not the case where we have plans for such equity holdings.”

This sets Honda apart from competing Japanese automakers such as Toyota and Nissan. The former has stakes in Suzuki, Isuzu, Subaru, and recently announced a major “business and capital alliance” with Mazda, which will involve building a factory together, working to develop better connected car technology, and trading approximately $450 million in stock. Nissan, meanwhile, bought a controlling stake in Mitsubishi last year to add to its already existing tie-up with Renault and various other companies.

Honda, on the other hand, is fiercely committed to remaining independent even as competitors consolidate their resources. Hachigo clarified, however, that this did not mean Honda was going to tackle all the challenges ahead alone. Last month, it announced it would team up with Softbank Corp, a Japanese telecom giant, to research 5G next-gen mobile networks for use in vehicles. Last week, it announced a partnership with China’s SenseTime Group focused on developing artificial intelligence. Next month, Honda Xcelerator, a high-tech incubator program, will announce a panel of startups it plans to support.

Hachigo says the automaker will continue in that vein in the coming years—it’s just not interested in trading stock. The biggest hurdle ahead, he says, will be how to make electric vehicle manufacturing efficient. “One technical challenge on our side is to try to make it possible to produce gasoline-engine cars, hybrids, plug-in hybrids and battery EVs in the same way at the factory. The biggest challenge for us is how to make that happen.”

2018 is Upon Us: How to keep your New Year’s resolutions