Sometimes, you really have to wonder about advertising choices that sometimes are made.

Without any more context, I give you floating child heads.

Ok, so here’s your context—this advertisement is part of a marketing campaign to promote Honda’s Clarity Fuel Cell, which runs off of hydrogen, in a process which creates energy and produces only water as a by-product. The Clarity FCV started deliveries to California drivers in December.

So, knowing this, the child heads bobbing around in space with orbiting flashes of light are supposed to be like hydrogen atoms, with their single electron gently orbiting their microscopic noggins. 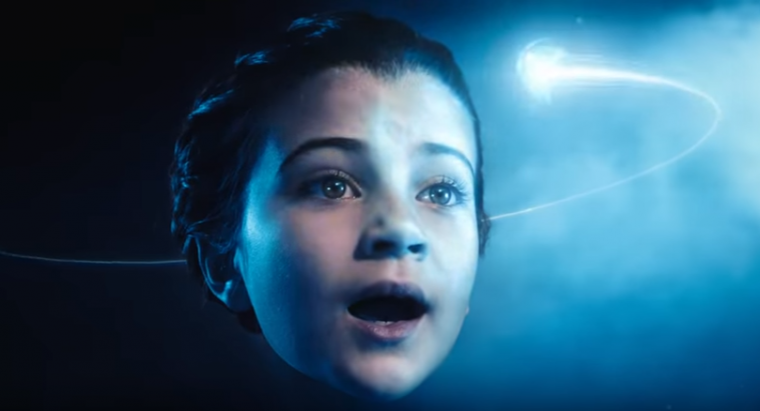 Look, I react with everything!

Then, by having the children sing (very well, actually), and with the application of vigorous special effects, Honda said that the ad created a “musical atomic galaxy” that was inspired by the company’s “Blue Skies for our Children” environmental mission.

Most likely, this is targeted at California consumers, since hydrogen fuel cell vehicles aren’t really available in other states due to lack of refueling infrastructure. 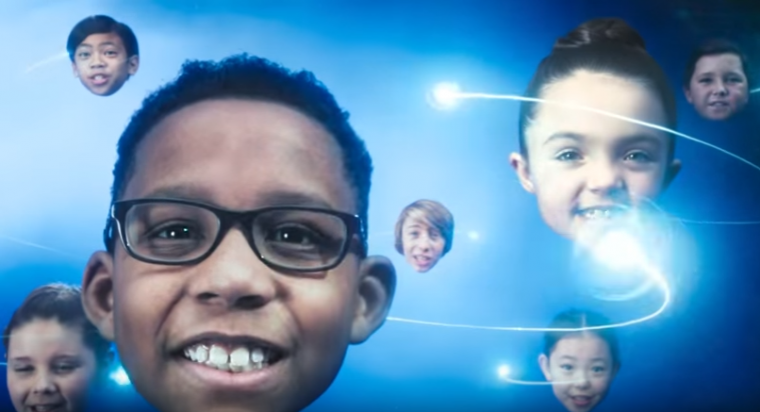 Honestly, I was most distracted by the Uncanny Valley-ness of seeing little child heads clearly bobbing back and forth on a fixed point, which only reminded me of the sudden, jerky moves of possessed people in horror films.

Beyond that, I was also distracted by pondering the implications of the children being the hydrogen and oxygen atoms. First of all, combining oxygen and hydrogen is a bit of an explosive affair. Second, to form bonds, the atoms share electrons. Third, once the exploded extremity-sharing floating alien child-head triplets are formed, they are then dumped on the road behind the Clarity FCV.

Should…should we be fighting for water molecule rights?