The Google Doodle on March 18, 2019 honors the 52-year anniversary of the first installation of Seiichi Miyake’s invention
Image: Google

Those of us who are not visually impaired take many conveniences for granted that don’t come easily to those who cannot see. Transportation (even walking along the sidewalk) becomes very difficult without visual faculties.

Handicap-Accessible Vans: Understanding another mobility resource for those with disabilities

Who invented those bumpy pavement tiles at crosswalks?

Back in 1965, Seiichi Miyake realized how dangerous crossing a traffic intersection can be for people who cannot see. Inspired by the everyday challenges his visually impaired friend had to overcome, Miyake used his personal funds to design special tiles that alerted pedestrians when they arrived at a street crossing and needed to pay attention. 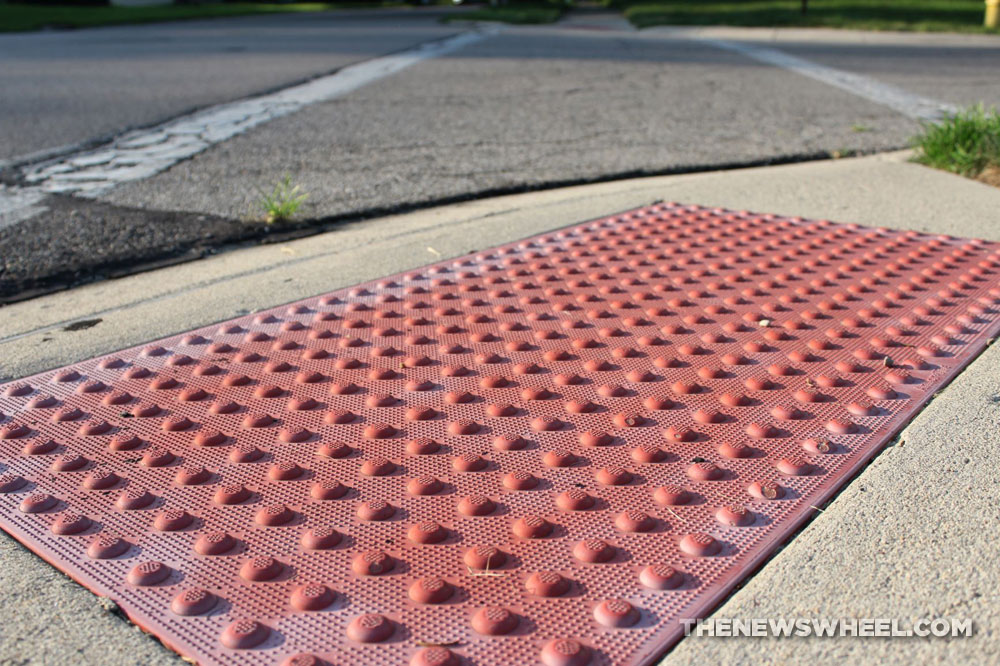 The first place these tactile warning bricks appeared was in Okayama City, Japan, and over the decades, their use around the world has gradually increased. In 1990, the Americans with Disabilities Act made the presence of Tenji bricks mandatory at U.S. crosswalks so that visually impaired pedestrians can identify and safely cross intersections.

Some intersections use audio cues to alert pedestrians that they’re nearing an intersection and when it’s safe to cross, but sometimes the environment is too loud to hear those signals. Tenji bricks offer a distinct, permanent fixture on the sidewalk that catch your attention, whether you’re visually impaired or too busy looking at your phone while walking down the street to watch where you’re going.