How to Remove Car Dents: Tips and Tricks 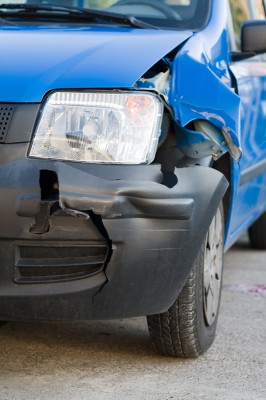 Got dents? Pull or push them out to get your car back to looking like new!

Car dents happen to the best of us, whether a rogue cart named your car as its prey at the grocery store or you just didn’t see the pole behind you while you were backing out of your friend’s driveway. While you might think you’re going to have to spend some big bucks at an auto shop to make your car look a bit less like a golf ball, we’ve got two awesome alternatives. You can push it or pull it, whichever you please. Just follow the steps for each process below, and you will learn how to remove car dents with ease!

Pulling the dent out is the option you should try first. It’s simple, really. The majority of minor dents can easily be removed with a bit of suction, especially if they’re on a flat surface like the hood, trunk, or door. Rather than going through one of those many YouTube tutorials that describe intricate methods of removing dents—like drilling holes—stop by your local automobile parts shop and pick up a suction dent puller that doesn’t require turning your car into Swiss cheese. These kits are usually around $15-$30.

In order to remove the dent, wet the suction cup a bit before you use it. This gets it to lock securely to the surface, strengthening the seal and increasing the likelihood of your dent being removed. Go ahead and suction the cup to the surface of your car and pull with all your Hulk strength. It might take a few seconds, but your car should be, if not entirely dent free, at least slightly better looking.

If the pulling method didn’t help your dent any, have no fear—we have another method for you to try!

Push It. Push It Real Good.

When your dent is being a bit stubborn or it’s not in a location suitable for pulling it out, pushing it out could be the right choice for you. First, you should probably gather a few odd tools. You’re going to need to access the rear of the dent, so if you need to remove a panel in order to gain access, a screw driver is a must. Also, you’ll need a hair dryer and a mallet of some sort. Trust us, this won’t be as complicated as it sounds.

To begin, use the hair dryer to heat the exterior of the dent for a few minutes. When the dented area gets extremely warm, try pushing it out from the interior side with the mallet. If you’re not successful right away, but the material gives some, heat it some more then try again. Keep repeating this process, heating then pushing with the mallet, until the dent is out completely. After you’re finished, apply cool, wet rags to the surface to help set the material.

If you’re unable to remove the dents in your car with either of these methods, it might be a good idea to take it into a body shop.

Do you have any tips of your own on how to remove car dents? Share them with us below!